After disappointingly dropping in February, analysts expected UMich sentiment to rebound strongly in preliminary March data amid reopenings, vaccines, and stimulus hope, and it did, crushing expectations with a jump from 76.8 to 83.0 *against 78.5 exp). Both underlying components surged: 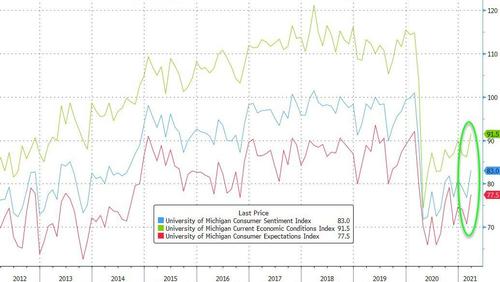 Gains were widespread across all socioeconomic subgroups and all regions, although the largest monthly gains were concentrated among households in the bottom third of the income distribution as well as those aged 55 or older. Over the past fifty years, the key age group that consistently led recoveries, but was the last age group to indicate a pending recession, was consumers under age 35… 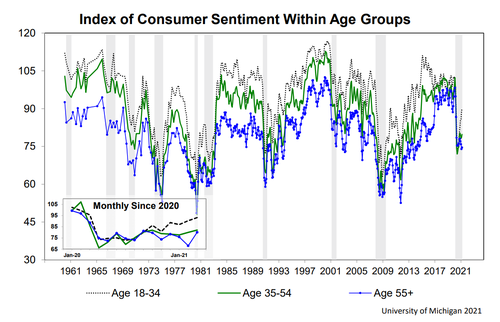 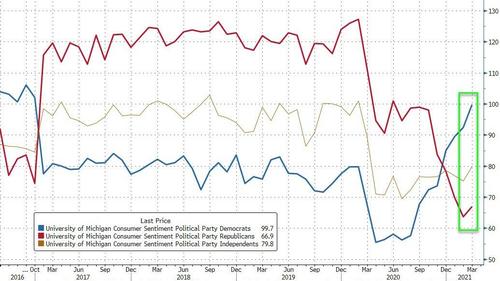 Importantly, consumers thought that the “interest rates they faced for mortgages and vehicle loans would rise during the year ahead” but buying conditions rose for them anyway? 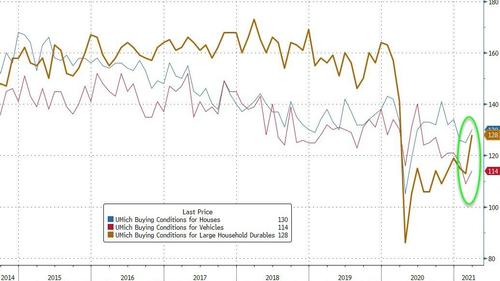 Finally, we note that “Inflation expectations for the year ahead remained elevated, but consumers thought the inflation rate would fall back to lower levels over the longer term.” 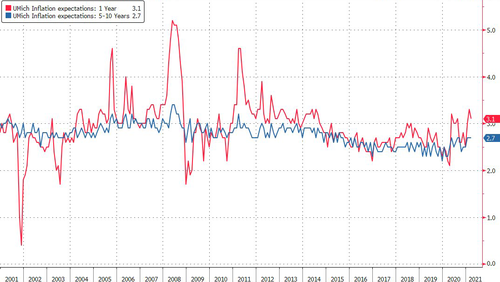 Overall, the data indicate strong growth in consumer spending during the year ahead, with the largest percentage gains for services, including travel and restaurants, and the smallest increases for vehicles and homes.

The Rich Got Richer During COVID-19. Here’s How American Billionaires Performed