After rebounding in December, on a surge in Democrats’ hope, UMich Sentiment was expected to weaken in preliminary January data as lockdowns persisted and election tensions grew and it did with the headline number dropping from 80.7 to 79.2 (below the 79.5 exp).

The gauge of current conditions fell 2.3 points to 87.7, while a measure of expectations dropped 0.8 point to 73.8, according to the survey conducted Jan. 2-13. 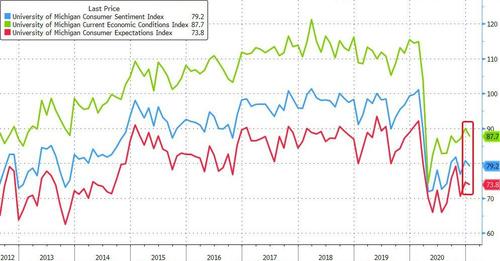 Meanwhile the rich get richer… 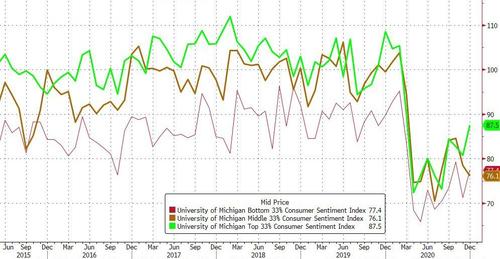 But, most notably, inflation expectations are surging. Consumers expect a year-ahead inflation rate of 3, up from 2.5% readings both last month and a year earlier. The five-year estimate rose to 2.7% from 2.5%. 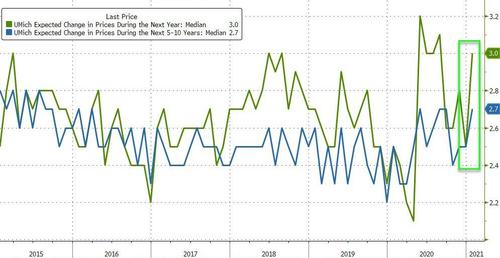 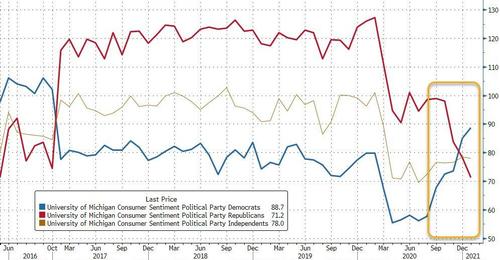 The Trump and Biden partisan gaps in expectations are too extreme to be justified by economic fundamentals. Rather, the partisan gaps are rooted in sharply different policy preferences, with one side favoring economic growth and efficiency, and the other side giving top priority to greater equity and fairness in the distribution of income and wealth. Nonetheless, the most critical task for Biden is to not only accomplish his promised vaccination of 100 million in his first 100 days, but to accelerate on that pace for the balance of the population.

The World’s Most Controversial Pipeline Project Enters Its Final Phase