The US Army appears to be developing a laser weapon that is a “million times stronger” than anything ever used before – instead of concentrating a beam of light to destroy a target, the new weapon will fire short pulses, sort of like laser beam weapons from science-fiction movies, according to New Scientist.

The Tactical Ultrashort Pulsed Laser (UPSL) for Army Platforms will be designed to fire pulse-like bursts for a brief 200 femtoseconds or one quadrillionth of a second. The laser, firing bullet-like pulses of light would be enough to vaporize a drone, cruise missile, mortar, and or any other threat in its vicinity. UPSL can also function as an electromagnetic pulse (EMP) weapon. 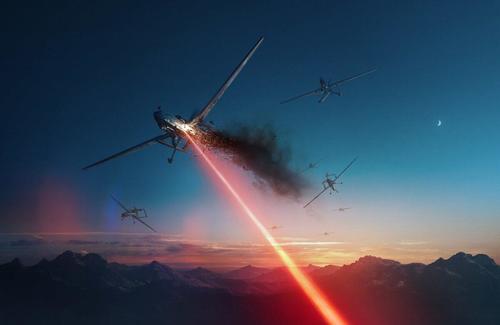 “The sheer amount of intensity in a terawatt pulse laser is able to cause a non-linear effect in the air resulting in a self-focusing filament,” according to the Small Business Innovation Research (or SBIR) posting titled Tactical Ultrashort Pulsed Laser for Army Platforms.

Laser weapons are beneficial when combating enemy drones and missiles. The cost per round depends on the amount of energy available, which is far cheaper than launching costly interceptor missiles.

A UPSL prototype model could be ready by 2022. Under the Trump administration, funding dramatically increased for laser weapon development. Multiple types of continuous-wave laser weapons have been fielded in the past couple of years.

We’ve outlined some of those laser systems that have been fielded, including the high-energy laser (HEL) weapon with various energy output levels measured in kilowatts

The Navy is expected to install the High Energy Laser and Integrated Optical-dazzler (HELIOS) with surveillance sensors aboard an unspecified Arleigh Burke-class Flight IIA destroyer in the early 2020s.

The Air Force has mentioned a roadmap to laser weapons for this decade. It plans to mount lasers on stealth jets. 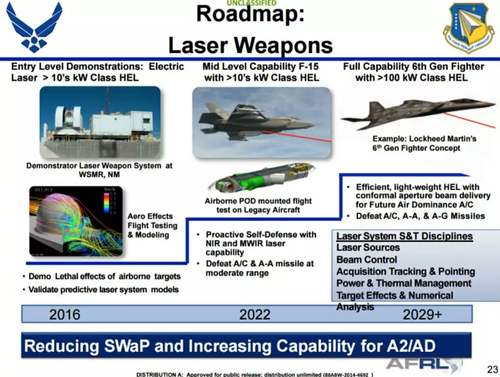 Instead of continuous-wave lasers already in deployment among various services, the Army is preparing to test laser, firing bullet-like pulses as early as 2022.

Lasers, hypersonics, fifth-generation fighters, and autonomous war machines are some of the new technologies already entering some modern battlefields.

Bank of America’s equity strategist Haim Israel recently told clients that the next frontier between major superpowers could outer space.

More Information Revealed on 34-Year-Old Roseanne Boyland who Was Killed at Capitol Hill During Protests — May Have Been Trampled to Death?