Regulators in Germany yesterday warned that the Pfizer-BioNTech vaccine shouldn’t be administered to minors or those older than 64. It appears the comments have sparked some kind of a battle between European regulators, as the European Medicines Agency, the top medical regulator in the EU, tells the public that the Pfizer-BioNTech vaccine is safe for older people, as a Europe-wide review found, with no link between the shot and any kind of enhanced risk. 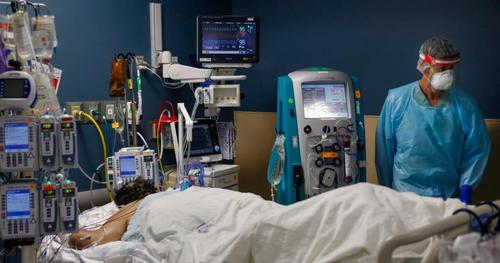 In the US, JNJ released its first COVID vaccine data, while its chief scientific officer, Dr. Paul Stoffels, appeared on CNBC to confirm that the company plans to apply for emergency-use approval in the US immediately, and hopes to have supplies of the vaccine being doled out within weeks. 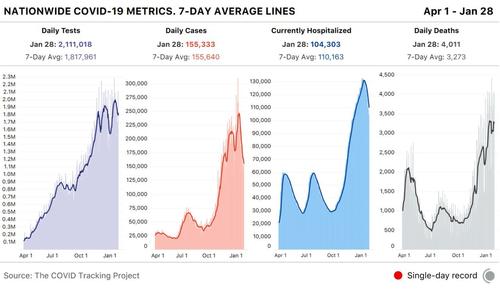 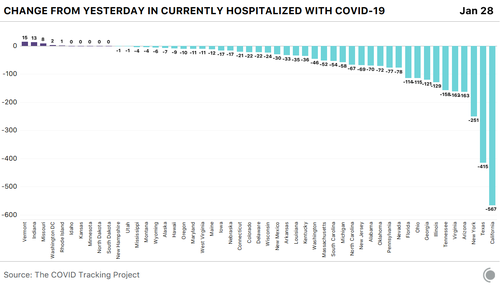 In other news, the WHO team finally made its way to Wuhan on Friday, and visited the Hubei Provincial Hospital of Integrated Chinese and Western Medicine, where many early cases of the virus were located.

Zhang Jixian, director of the hospital’s department of respiratory and critical care, has been described by Chinese state media as the first to report the virus after examining an elderly couple in late 2019 whose CT scans showed differences from typical pneumonia.

With vaccines a big topic again Friday morning following the Novavax news Thursday night and the JNJ news Friday morning, WHO’s CoVax program said it plans to ship enough vaccines to cover 3% of the population of the developing world as of Friday.

In Japan, the governors of Tokyo and its three neighboring prefectures of Kanagawa, Chiba and Saitama have agreed to consider asking restaurants and bars to shut down operations if the central government decides to extend the monthlong COVID-19 state of emergency beyond Feb. 7. The local governments are considering asking them to close early. Tokyo just reported 868 new infections, down from 1,064 a day earlier, as the capital tries to slow the spread of the virus.

Thailand’s tourism industry is now being hit with a number of business closures and job losses as it suffers through yet another wave of COVID-19 infections while pleading with the government for aid. At least 1MM workers in the country’s hospitality sector have been laid off so far, according to one trade group.

India, meanwhile, reported 18.9K cases over the past 24 hours, up from 11.7K the previous day, bringing the country total to 10.72MM. It also reported 163 deaths due to the virus, bringing the country’s total confirmed deaths to 154K. Meanwhile, India has vaccinated about 2.93MM people against COVID-19 since it started vaccinations on Jan. 16.

As we first reported yesterday, now that cases of the South African variant have found their way to the US, there’s about to be a lot more talk about the 501. V2 variant/mutant, especially now that the latest vaccine data from JNJ has confirmed what Moderna’s follow-up study appeared to suggest: vaccines aren’t nearly as effective against the mutating virus as public health officials have promised.

10 times the intel community violated the trust of US citizens, lawmakers and allies

Medicare Data Show 48,465 Deaths Over 80 Within 14 Days of Shots: Scrubbed As Non Vaccinated