US, EU Sanctions On Russia A Reckless Triumph Of Absurdity

Via The Strategic Culture Foundation, 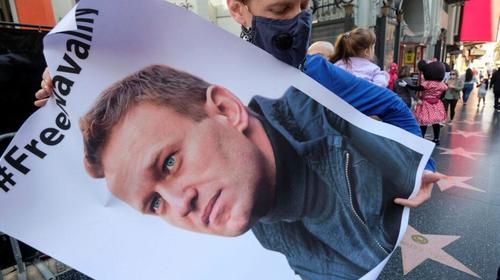 The United States and European Union this week imposed a new round of sanctions on Russia in a coordinated move. The move is a reckless provocation and was condemned by Moscow as a “hostile act”. It is a further retrograde step towards increasing Cold War-style tensions and the danger of confrontation.

Russia’s foreign ministry excoriated the Western sanctions as “triumph of absurdity over reason”.

Washington and Brussels both invoked the case of opposition figure Alexei Navalny as the basis for the latest strictures. Despite wholly lacking evidence, the U.S. and European allies support his bizarre and frankly incredible claims that he was the victim of a poison-assassination plot ordered by the Russian President Vladimir Putin. That Western stance is in itself highly provocative, effectively elevating a dubious blogger and gadfly figure above the status of head of state. There is also evidence that Navalny’s activities are sponsored by Western governments and that he is an asset for foreign intelligence agencies. His brand of mercurial politics is tainted with obnoxious racist views and xenophobia. Polls show that his following among Russian civilians is no more than two per cent of Russia’s 145 million population.

Secondly, Washington and Brussels are demanding that Navalny must be released immediately from prison. The convicted fraudster was sent to jail last month after his suspended sentence for an original conviction in 2014 was revoked due to patent violations of parole terms when he stayed in Germany for five months last year. It was during that period that he and Western supporters propagated the media narrative of his alleged poison-assassination. On returning to Russia in January, the Russian prison authorities were entitled to cancel his suspended sentence, according to the country’s own laws. This is a matter of Russia’s courts and sovereignty. For Western states to demand Navalny’s release and then to slap sanctions on Russia for “refusing” their demands is an outrageous infringement of Russia’s state authority and sovereignty.

Another risible reason cited by the United States is the claim that Russia is in breach of the Chemical Weapons Convention treaty (signed in 1993 by 165 nations) because of the alleged use of a nerve agent. So, without any proof of the alleged nerve agent being used, the Americans have gone on to charge Russia of violating the Chemical Weapons Convention. The fact is Russia has fully complied with the convention and verifiably destroyed its residual stockpile of chemical arms in 2017. Here’s the kicker: the United States while being a signatory to the convention has still not complied with decommissioning its stockpile of such weapons.

In any case, there is sound reason to believe that the Navalny case is only a Trojan Horse construct to permit the United States and its European allies to pursue a policy of hampering Russia. It is notable that the latest sanctions include financial measures targeting Russian scientific and defense industries. As senior Russian lawmaker Leonid Slutsky points out: “Human rights protection [purporting to Navalny] has nothing to do with this. The aim is to curb the development of Russian science and the defense industry.”

Here is another demonstration of why the Western “concern” for human rights in Russia is a cynical pretext.

American President Joe Biden in an early phone call with Russian counterpart Vladimir Putin, shortly after his inauguration on January 20, said that he raised stern concerns about Navalny and human rights.

Last week, Biden held his first phone call with Saudi Arabia’s King Salman. Their conversation was said to be cordial with Biden valorizing the “strategic alliance” between the United States and Saudi kingdom.

Just as Biden was praising the Saudi monarchy, the U.S. intelligence services released a report which again confirmed that the king’s son and heir to the throne, Crown Prince Mohammed bin Salman, was directly implicated in the murder of journalist Jamal Khashoggi. This conclusion implicating the crown prince has already been reached by the UN special rapporteur Agnes Callamard, as well by Turkish intelligence, among others.

In 2018, Khashoggi was lured to the Saudi consulate in Istanbul where he was brutally murdered and his body carved up with a bone saw. The team of killers included close aides of the Saudi crown prince. The evidence convincingly points to the monarch’s complicity.

Jamal Khashoggi was working as a journalist for the Washington Post. He had residence status in the United States and was well regarded by Washington-based think-tanks for his intelligent criticism of human rights abuses in Saudi Arabia.

Yet in his conversation with the Saudi King, it was reported that Biden did not bring up the case of Khashoggi, and only made vague, perfunctory mention of the many other human rights violations in the autocratic oil kingdom.

Along with Biden’s silence we can add that of the European Union. Soon after the Khashoggi murder, there were grumblings among some EU members to cut exports of weapons to Saudi Arabia. Today, the EU makes no such protests, having resumed lucrative business-as-usual. There are no calls for justice over the barbaric killing.

The difference between the U.S. and EU’s vociferous “concern” over the minor and dubious case of Navalny compared with their inaction over the glaring case of Jamal Khashoggi goes to show their rank hypocrisy and duplicity. The cynical, bankrupt basis for sanctioning Russia makes the Western states’ words and actions a triumph of absurdity over reason, and a reckless provocation.