US Home Prices Accelerate At Fastest Pace Since 2014

Despite headlines proclaiming there’s no inflation to worry about, Case-Shiller Home Prices were expected to accelerate even stronger in October (the latest data released today) and they did. The 20-City Composite screamed 7.95% higher YoY (smashing expectations of a 6.95% rise) 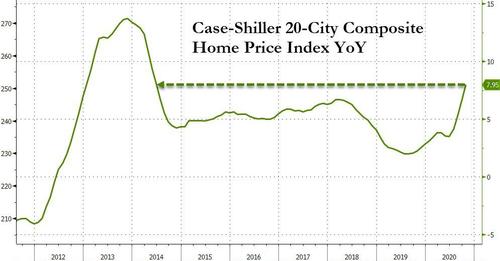 That’s the fastest rate of acceleration since June 2014. Home prices rose 1.6% from the previous month, also more than projected and the most since April 2013.

Additionally, a gauge of home prices nationwide increased 8.4% from a year earlier, the most since March 2014.

All cities posted year-over-year home-price gains (all above 6%), led by Phoenix, Seattle and San Diego. Data for Detroit were excluded because of pandemic-related reporting delays. 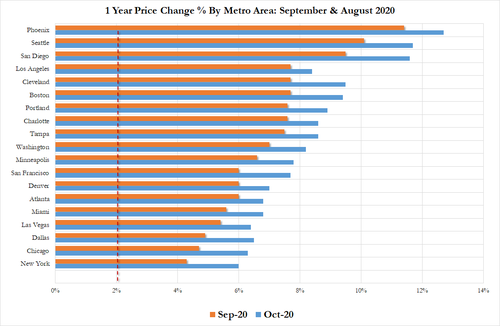 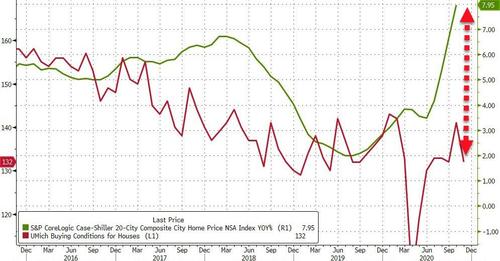 Just like we saw in 2017, the decoupling of prices from sentiment is not infrequent; but just as we saw in 2018… it always ends badly for prices.