With US foreign policy increasingly focused on Asia to counter Chain, the US military’s command in the region is looking for more money. In a new report delivered to Congress on Monday, US Indo-Pacific Command (INDOPACOM) calls for about $27 billion in additional spending between 2022 and 2027, so it can better confront Beijing.

The report, prepared by INDOPACOM chief Adm. Philip Davidson, is similar to a proposal the command issued last year, although it has some key changes. Last year’s report was required by what is called the Pacific Deterrent Initiative (PDI), which was included in the 2020 National Defense Authorization Act (NDAA).

The PDI was also included in the 2021 NDAA. It was inserted into the military spending bills to ensure INDOPACOM has what it needs to counter Beijing and fulfill the 2018 National Defense Strategy, which outlines the military’s shift away from counterterrorism in the Middle East towards so-called “great power competition” with Russia and China.

This year’s report renewed INDOPACOM’s call for a $1.6 billion dollar air defense system at the US military base in Guam. The Guam defense system requires a $200 million radar system in Pulau and $2.3 billion of space-based radars.

Another notable proposal from the report includes a $3.3 billion ground-based long-range missile system to make up ‘highly survivable, precision-strike networks along the First Island Chain.’ The First Island Chain is a chain of islands that includes archipelagos near Japan, Taiwan, the Philippines, and Indonesia. 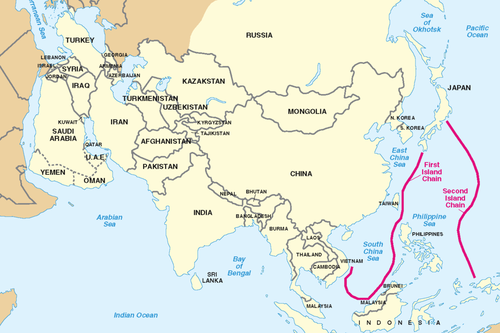 The INDOPACOM report comes as the Pentagon is reviewing its posture in Asia and the military’s overall China policy. The review is being led by Ely Ratner, a China hawk who was appointed to advise Secretary of Defense Lloyd Austin on Asia matters.

Since President Biden came into office, multiple US warships have sailed into the South China Sea and through the Taiwan Strait, stoking tensions with Beijing.

Amid Jobs Collapse, This Is The Ridiculous Reason Why ISM Services Just Beat Expectations

Honduran Migrant Heading to US Border: Joe Biden is Going to Help All of Us, He’s Giving Us 100 Days to Reach the US (VIDEO)