The US Navy could be a couple of years away from deploying the largest unmanned undersea vehicle called “Snakehead” to scout underwater areas and gather intelligence on enemy forces.

Called the Large Displacement Unmanned Underwater Vehicle (LDUUV), the Snakehead program will be an important electronic warfare platform for the service. 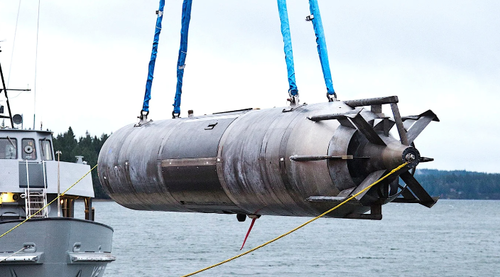 Naval Sea Systems Command (NAVSEA) published a final request for proposals (RFP) for Snakehead’s Phase 2 last week. While the actual RFP is only available to defense firms bidding on the build, the Navy could select a company to begin the build as early as Sept. 30.

“Snakehead is a long-endurance, multi-mission unmanned undersea vehicle (UUV), deployed from submarine large open interfaces, with the capability to deploy reconfigurable payloads,” NAVSEA said in a press release while referring to the RFP. “It is the largest UUV intended for hosting and deployment from submarines.”

Snakehead can be launched and recovered by littoral combat ships and nuclear-powered submarines. It will play a critical role for the Navy in conducting intelligence, surveillance, and countermeasure mine missions.

To do this, the drone will have a variety of sensors, including side-scan sonars and bathymetric sensors, to generate maps of the seabed for search and destroy missions.

Snakehead is not the first submarine the Navy is planning to launch. The service is secretly developing armed robot submarines controlled by onboard artificial intelligence that could kill the enemy without human control.

Upon completion of the build, the Navy will likely deploy these underwater drones somewhere in the Pacific as geopolitical tensions with China continue to rise. Courtesy of BofA is a map of US military bases and presence in the Pacific Ocean and, specifically, in proximity to China. 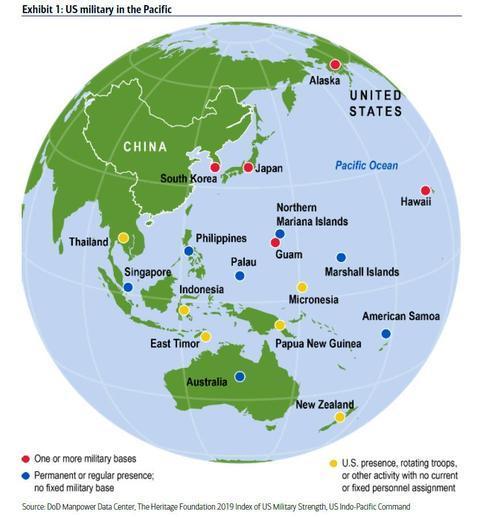 Besides the US, China and Russia are also developing or deploying underwater drones as it appears fully autonomous weapons will soon be prowling underneath the world’s oceans.

“The Elements Of The China Challenge”: A Reply To Critics