Previously we detailed the Pentagon’s unprecedented move to park on an indefinite basis multiple B-1 Lancer bombers in Norway, and Russia’s corresponding (and expected) anger and denunciation of the move. The expeditionary B-1 Lancer bomber squadron recently arrived in the NATO country which shares a border with Russia.

The US didn’t waste any time in using the bombers in a muscle flexing mission to the region, on Wednesday sending a pair over the North and Baltic seas in a ‘message’ to Russia.

This is especially as one of the bombers conducted a “low-fly” over Latvia, Lithuania, and Estonia – during which time they were joined by fighter jets from Denmark, Poland, Germany, and Italy.

They took off from Ørland Air Force Station where they had last month arrived from Texas. “Today’s mission is a testament to the unmatched strength and capability of the NATO alliance,” said US Air Forces in Europe-Air Forces Africa commander Gen. Jeff Harrigian.

“Together, there’s no global challenge we can’t conquer,” the statement added.

Crucially the Russian military has a base in Kaliningrad on the Baltic Sea. The provocative flyover comes just on the heels of a regional NATO exercise having wrapped up. 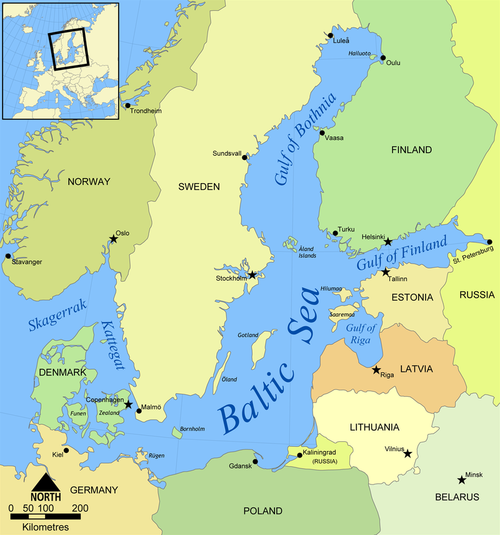 The US Air Force had participated in the prior large-scale exercise, which included US F-15 fighter jets engaging in mock missile launches in the Baltic Sea.

The US and Norwegian air forces have conducted long-range northern air patrols before, but this week marked the first time American bombers took off out of a Norwegian base as their temporary home. Last summer the US Air Force published its new Arctic defense strategy, also amid increased Pentagon cooperation with Norway, among the founding member countries of NATO.

BREAKING: Adult Male Stabbed Outside of Trump Hotel in DC