US Stealth Jet Accidentally Shot Itself With Armor Piercing Round 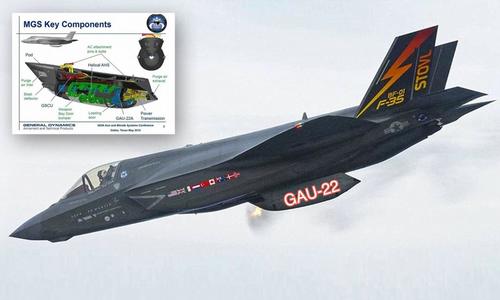 The aircraft landed safely after the round caused at least $2.5 million in damages.

“It was not immediately clear if the round was fired deliberately. Citing the ongoing investigation, Wood did not provide further details,” said Military.com.

The F-35B is the most advanced fifth-generation fighter jet in the world. This model is particularly designed for the Marines, is capable of short takeoff and vertical landings.

The F-35 program has been plagued with hundreds of issues. For instance, the 25mm gun on the stealth jet has had an accuracy problem hitting ground targets.

Robert Behler, the Pentagon’s independent weapons tester, told Bloomberg in January that the F-35 has 871 software and hardware flaws that could affect combat operations.

Here are other unresolved glitches of the F-35 program (the partial list via Defense News):

It could take billions of dollars more over the next few years for upgrades, research and development, aircraft procurement, operations, and maintenance to resolve these issues.

The F-35 is America’s most expensive jet fighter program, expected to cost taxpayers $1 trillion over the years. The latest snafu is more evidence that the world’s most advanced stealth fighter is plagued with flaws – suggesting it may not be combat-ready.