The latest mass shooting occurred late Sunday in Shreveport, Louisiana, where at least five people were injured when gunfire erupted.

“We responded this evening to a traffic congestion and during that congestion, numerous shots were fired,” a Shreveport police spokesman told reporters.

The spokesman said many of the gunshot victims were transported to several regional hospitals.

Across the US, it was the third multiple shooting in 24 hours. Earlier in the day, three people died in Austin, Texas and authorities are searching for a former detective wanted in connection with the fatal shooting. Separately, three people were killed and two wounded in a shooting at a bar in Kenosha County, Wisconsin, on Sunday morning.

Sunday’s shootings come as the US is already on edge over a surge of mass shootings in the past month. 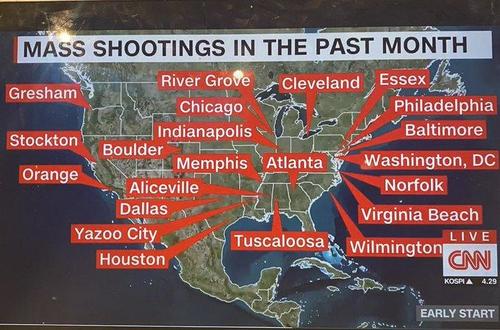 So much for “unity” under the Biden administration – if former President Trump were still in power – the media would be crucifying him by now.

The timing of the mass shootings comes as the Biden administration signed several Executive Orders allegedly designed to “curb gun violence” but really designed to abolish the Second Amendment and the Bill of Rights.

China To Keep COVID Border Restrictions For At Least Another Year