A reconnaissance aircraft operated by the USAF made the closest-ever flight on China’s coast on Monday, coming within 25.33 nautical miles, according to South China Sea Strategic Situation Probing Initiative (SCSPI), a think tank based in Beijing.

SCSPI said the USAF Boeing RC-135 reconnaissance aircraft flew closer to China’s coast than ever before. The intelligence-gathering plane entered the South China Sea on Monday through the Bashi Channel to conduct reconnaissance operations on China’s southern coastal regions, the think tank said. 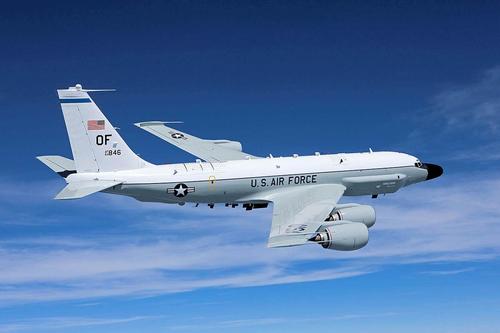 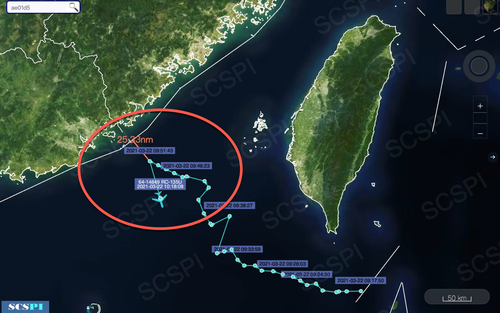 The event comes days after the first meeting between the Biden administration and Chinese officials ended with hostility as it appears President Biden shows no sign of changing former President Trump’s aggressive policy.

“USAF RC-135U Combat Sent #AE01D5 just set a new record of 25.33NM, the shortest distance US reconnaissance aircraft have reached from the China’s coastlines, based on public data so far.” according to SCSPI.

USAF RC-135U Combat Sent #AE01D5 just set a new record of 25.33NM, the shortest distance US reconnaissance aircraft have reached from the China’s coastlines, based on public data so far.

In addition, there was also a P-8A & an EP-3E spotted over the #SouthChinaSea, March 22. pic.twitter.com/uLv49u70Gv

Last week, SCSPI released its annual report on the US military operating in the South China Sea in 2020. It said USAF spy planes flew nearly 1,000 sorties in the highly contested waters last year. US bombers and warships have been increasing missions around China’s militarized islands in South China under the Biden administration. A move to exert “maximum pressure” on Beijing.

Blanch continued, “What form will it take next? For decades, America levered its economic and military might to secure global supply chains, including those of conventional energy resources in the Middle East and other key regions. China’s economy has converged and surpassed US GDP based on Purchasing Power Parity (PPP), but still lags in real GDP terms. Of course, its military might is still limited compared to that of the US on a broad range of metrics, and energy security of supply remains a key concern for the Chinese leadership. Yet with GDP in 2020 having contracted by 3.5% in America and expanded by 2.2% in China, the economic gap between the two superpowers is quickly closing.”

The Centre for Economics and Business Research, a UK-based consultancy group, believes China will overtake the US to become the world’s largest economy in 2028, five years earlier than previously anticipated, after weathering the virus pandemic much better than the US.

The threat of China overtaking the US in terms of GDP and military might have pushed the great power competition into hyperdrive as both countries modernize their militaries for potential conflict.

As global powers rise and fall, it appears the US and China are falling into Thucydides’ trap. War game simulations don’t appear promising for the US…