Utah’s governor on Tuesday signed into law a measure that requires smartphones and tablets sold in the state to include a filter blocking pornography. 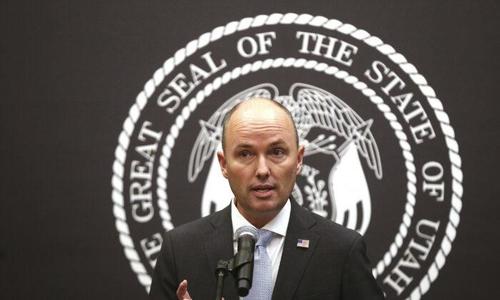 Gov. Spencer Cox, a Republican, signed H.B. 72 after carefully considering whether to sign or veto it.

Cox told reporters during a recent press conference that the proliferation of phones has made it difficult for parents to police what their children are watching.

“I do think that pornography is a problem with it, especially with younger and younger people and what it does to their brains when they don’t have a real ability to understand and to make those choices. So really, we want to empower parents,” he said, adding, “If nothing else, it sends an important message, I think, to people that we need to do better there and then we’ll see what other states do.”

Legislators amended the bill to put off its activation until five other states approve similar laws.

The American Civil Liberties Union (ACLU) of Utah said the constitutionality of the bill was not adequately considered and that it will likely be argued in court.

“This is another example of the Legislature dodging the constitutional impacts of the legislation they pass,” ACLU attorney Jason Groth said.

Critics of the measure, including pornographic film performer Cherie DeVille, had called on the governor to veto the measure because it could violate residents’ First Amendment rights.

Cox has said he isn’t as worried about constitutional concerns because the proposal won’t be immediately enacted.

State Republican Rep. Susan Pulsipher, the bill’s sponsor, said she was “grateful” the governor signed the legislation, which she hopes will help parents keep their children from unintended exposure to pornography. She asserts that the measure passes constitutional muster because adults can deactivate the filters. 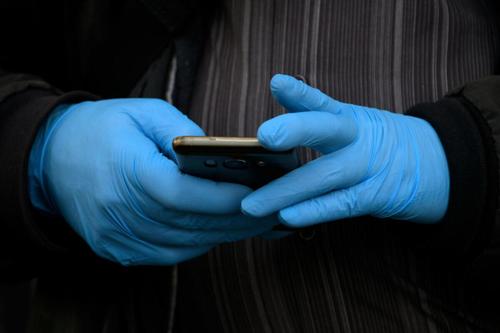 A man holds a smartphone in a file photograph. (Gabriel Bouys/AFP via Getty Images)

Eleanor Kennelly Gaetan, the director of public policy at the National Center on Sexual Exploitation, was among those speaking in support of the bill during a legislative hearing.

Cox on Tuesday also vetoed Senate Bill 228, which would have required social media companies with Utah users to clearly provide information about their moderation practices. In cases where a corporation violated its terms of use with respect to moderation, it would also introduce a mechanism for the user to make a complaint to state officials.

Cox in a letter said the bill “raises significant constitutional concerns.” He said he’d be engaging with the bill’s sponsors to figure out how to address “the impact social media platforms can have on public discourse and debate.”

The bill’s co-sponsor, Cox’s brother-in-law and state Sen. Mike McKell, a Republican, said he will keep working on the issue.

“I appreciate the commitment from stakeholders who have agreed to work with the Legislature to craft a better solution that will increase transparency within social media corporations,” he said in a statement.

“Censorship practices are un-American and likely unconstitutional. In Utah, we defend the right to freely express opinions and views, regardless of political or religious affiliation. The outcome of SB 228 is not ideal; however, the issue of free speech and online censorship remains a priority and policy will continue to be refined throughout interim.”

Deist: What Biden/Harris Will Do

Vatican Nativity Is ‘Expression of Apostasy, Immorality, and Vice’