As the US awaits the FDA’s decision on whether to approve JNJ’s COVID vaccine (the committee to review the trial data will convene next week), we’re hearing more negative reports suggesting JNJ vaccine supplies won’t be nearly as prevalent as the US government had hoped. 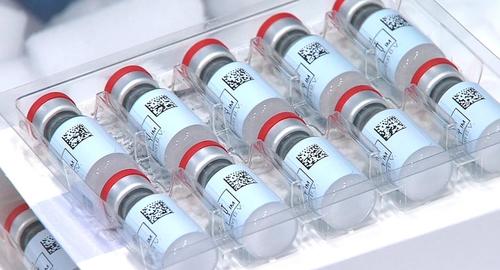 And now what’s more, White House COVD Advisor Andy Slavitt just said the Johnson and Johnson vaccine might not end up being a one dose vaccine. The company is testing, right now, the effectiveness with a booster, according to Fox Business reporter Edward Lawrence.

White House COVD Advisor Andy Slavitt just said the Johnson and Johnson vaccine might not end up being a one dose vaccine. The company is testing, right now, the effectiveness with a booster. #coronavirus #vaccine

Later, Dr. Anthony Fauci confirmed that JNJ was working on a two-dose version of the vaccine, although he insisted the company was on track to deliver 100MM doses this year.

We’re still waiting to see if Fox Business’s report will be confirmed by other media organizations (we suspect the White House will mostly ignore it until then), but Slavitt has already struggled in recent TV interviews to explain certain disparities between states’ COVID response.

White House covid adviser Andy Slavitt struggles to answer why states like California are faring no better than Florida despite still being in lockdown:

“There’s so much of this virus … that’s just a little beyond our explanation”pic.twitter.com/jOk8HZHIC9

While Bill Gates promotes the JNJ and Novavax jabs during interviews, the NYT reports that even with the JNJ jab expected to be approved for emergency use early next month, the US will have only “a few million” doses on hand for distribution. The paper cited a “key White House advisor” as its source.

One of the JNJ jab’s major advantages over competitors by Pfizer and Moderna was supposed to be that it was only one dose instead of two, and can stay viable in a refrigerator for three months, while the other two must be kept frozen.

With doubts growing about the availability and, now, potency of JNJ’s jab, this could put even more pressure on doctors to “endorse” delays of second COVID vaccination doses, which the US government appears on the verge of doing.

After all, President Biden has vaccination targets that need to be hit, regardless of what’s going on over at JNJ.