Value Is Subjective: Neither Gold Nor Crypto Have “Real Value”

Authored by Connor Mortell via The Mises Institute,

A major hurdle to the adoption of bitcoin is that while the average person may be at least open to the idea that fiat money is not the ideal, they still struggle to see a difference between fiat money and cryptocurrency. And this lumping together is not just held to the average adopter but includes many brilliant household names such as Peter Schiff and Elon Musk. This widespread conflation of cryptocurrency and fiat currency comes from two vital misunderstandings: a lack of an understanding of what exactly fiat is and a lack of understanding of value’s subjectivity. 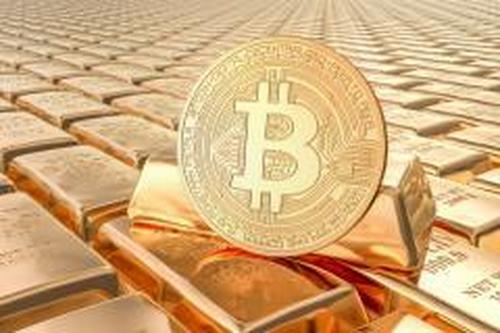 However, many raise the point that bitcoin and other cryptocurrencies, like the fiat currencies we are familiar with, are not backed by anything of value like gold. But this too is a distortion of an Austrian sense of money or value. In the Austrian school we do not believe in objective value—not even for gold. Gold has become a wildly successful commodity money in history. Again turning to The Theory of Money and Credit, here Mises explains his regression theorem, which states, among other points, that

[i]f the objective exchange-value of money must always be linked with a pre-existing market exchange ratio between money and other economic goods (since otherwise individuals would not be in a position to estimate the value of the money), it follows that an object cannot be used as money unless, at the moment when its use as money begins, it already possesses an objective exchange-value based on some other use.

Over the years, gold has met this criterion in that it has had a use value from which the later monetary value could stem, whether as a conductor, as a product to make jewelry, or any other number of use values it has had over the years. Additionally, gold meets Mises’s requirements for the secondary functions of money in its ability to facilitate credit transactions, transmit value through time and space, and operate as a medium of payment. Economists such as Schiff have brilliantly demonstrated that gold as a viable Austrian money is widely accepted, and this is in no way an incorrect claim.

However, where claims like this begin to go wrong is in claiming that gold has “real value.” The Austrian school disavows the existence of objective value, as Mises confirms when he says, “Modern value theory has a different starting point. It conceives of value as the significance attributed to individual commodity units by a human being who wishes to consume or otherwise dispose of various commodities to the best advantage.” It is not to us as economists, but rather to entrepreneurs and consumers, to determine what use values provide the best advantage. Gold is no exception to the rule. Neither is cryptocurrency. Both are at least currently seeing individuals in the marketplace value each good according to individuals’ cardinal valuations of the goods. Some people value gold and crypto greatly. Many do not. To view gold as having “real value” is to subscribe to the idea that a commodity or currency has value beyond whatever value individuals assign to it at a given time. But the fact that gold can be used for, say, industrial purposes does not mean it has “real value” while more intangible goods and services have no “real value.”

One could attempt to argue that bitcoin or other cryptocurrencies are simply commodities that are traded as such and valued subjectively and that they are potentially on their way to achieving a monetary status. Or this might not be the case. But this doesn’t illustrate one way or the other that gold has “real value” while crypto supposedly does not. George Selgin has argued that these cryptocurrencies are actually a new kind of money altogether, which he refers to as “synthetic commodity money.” But whatever it is that cryptocurrency really is, one can say with great confidence that because it has no special legal qualification and because there is no such thing as “real value,” bitcoin and other cryptocurrencies are not fiat money.

The Cleansing of the American People