GameStop shares sank 12% premarket after its mixed fourth-quarter report, which Telsey Advisory describes as “a bit anti-climatic” and whose conference call left investors with many unanswered questions, the analysts wrote. While Wall Street views diverged (with Jefferies hilarious lifting its GME price target from $15 to $175) , the consensus was that GameStop’s 4Q results were mixed and reflected the video-game retailer’s group’s strategy to shift to an e-commerce model.

Shares of  GME, the name most associated with the recent retail-trading frenzy, fall 11% in U.S. premarket. 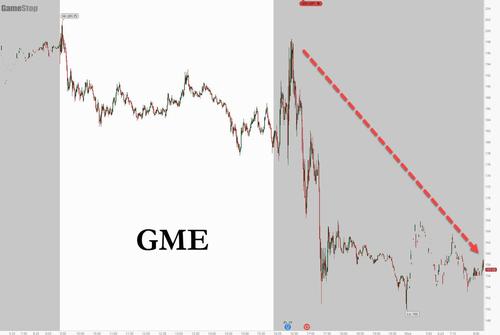 … even though WallStreetBets sentiment remained predominantly positive according to Swaggy Stocks. 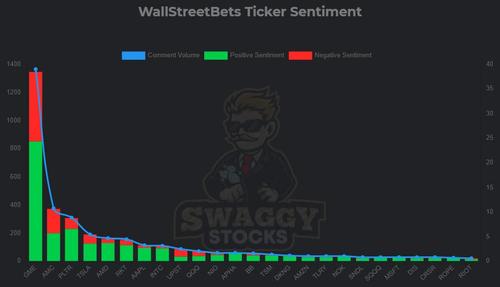 Here is a snapshot of what several Wall Street analysts thought of the company’s results, courtesy of Bloomberg:

Wedbush (downgrades to underperform from neutral): Downgrades on valuation after short squeeze seen over recent months has elevated the stock price to “levels that are completely disconnected from the fundamentals of the business,” writes analyst Michael Pachter

“Spend As Much As You Can… And Then Spend A Little More!”