Warp Speed May Be Possible With Tremendous Amount Of Energy

Authored by Lu Xiao via The Epoch Times,

People have long dreamed of traveling to other stars and planets and wandering in the universe with a starship. However, such things only exist in sci-fi, because even the closest star to the sun, Proxima Centauri, is more than four light-years away. This means that even if you could travel at the speed of light, it would take you more than four years to reach the closest star. 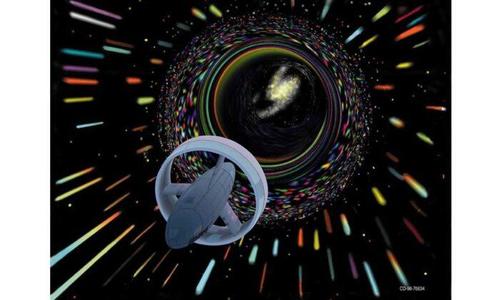 To allow the Star Trek characters to quickly reach any part of the universe, Star Trek introduced the concept of “warp speed,” which lets the starships travel faster than light. However, according to Albert Einstein’s theory of general relativity, it is impossible to go faster than light.

Then is it never possible to use warp drive? Scientists seem to have found a viable solution, at least theoretically.

In a new study, physicist Erik Lentz from Göttingen University in Germany proposed a model for faster-than-light travel, thanks to what he calls a new class of hyper-fast solitons. They are a kind of wave that maintains its shape and energy and can move at a constant faster-than-light velocity.

According to Lentz’s model, these hyper-fast soliton solutions can exist within the framework of general relativity.

With a sufficient energy supply, these solitons can be configured as “warp bubbles” with faster-than-light speeds, thus theoretically enabling an object to travel through spacetime without suffering from extreme tidal forces.

The only problem with this solution is that it takes more energy than we have available right now.

“The energy required for this drive traveling at light speed encompassing a spacecraft of 100 meters in radius is on the order of hundreds of times of the mass of the planet Jupiter,” Lentz said in a statement.

“The energy savings would need to be drastic, of approximately 30 orders of magnitude to be in range of modern nuclear fission reactors.”

Although this method is not possible right now due to the energy supply issue, it could be more practical than previous thoughts on faster-than-light travel, which rely on exotic physics.

For example, artificial wormholes and Alcubierre drive involve an exotic physical phenomenon called negative mass. This refers to a type of exotic matter that would have less than zero mass, e.g., negative one pound. This type of matter would exhibit weird behavior under gravity and may allow faster-than-light travel.

However, such exotic phenomena in principle only exist on quantum scales; there is no obvious way that we can make macroscopic objects have negative mass.

The new model, on the other hand, uses the characteristics of spacetime to facilitate faster-than-light travel, and it only requires ordinary positive energy.

“This work has moved the problem of faster-than-light travel one step away from theoretical research in fundamental physics and closer to engineering. The next step is to figure out how to bring down the astronomical amount of energy needed to within the range of today’s technologies, such as a large modern nuclear fission power plant. Then we can talk about building the first prototypes,” Lentz said in the statement.

“Fortunately, several energy-saving mechanisms have been proposed in earlier research that can potentially lower the energy required by nearly 60 orders of magnitude,” he added.

Lentz is currently working on determining whether these methods can be modified or whether new mechanisms are needed to bring down the amount of required energy.

The new study is described in a paper in Classical and Quantum Gravity.