Watch: Likely Capitol Rioter Booted Off Plane For Being A “Terrorist”

Some pro-Trump rioters who stormed the Capitol complex last week may have already been added to the federal No-Fly List.

Last Thursday, Rep. Bennie G. Thompson (D-MS), Chairman of the Committee on Homeland Security, released a statement requesting the Transportation Security Administration and the Federal Bureau of Investigation to use their powers to add pro-Trump rioters to the No-Fly List.

“Given the heinous domestic terrorist attack on the U.S. Capitol yesterday, I am urging the Transportation Security Administration and the Federal Bureau of Investigation to use their authorities to add the names of all identified individuals involved in the attack to the federal No-Fly List and keep them off planes,” Thompson said in a statement.

He added: “Alleged perpetrators of a domestic terrorist attack who have been identified by the FBI should be held accountable.”

Federal authorities have requested assistance in identifying people “related to violent activity” in the Capitol building.

For days, one after another, rioters who stormed the Capitol have been identified and arrested. In particular, the most iconic image of the chaos last week was a man sitting back with his feet on Nancy Pelosi’s desk. 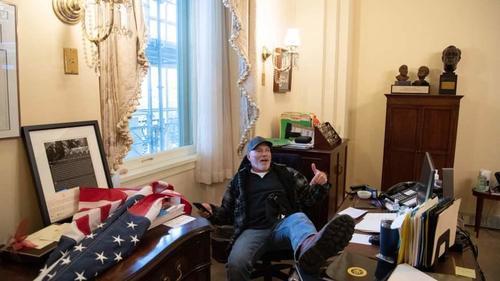 Days later, the man was arrested by federal authorities.

So here’s where things get interesting.

A video surfaced on Twitter Sunday via @RayRedacted who said, “People who broke into the Capitol Wednesday are now learning they are on No-Fly lists pending the full investigation. They are not happy about this.” 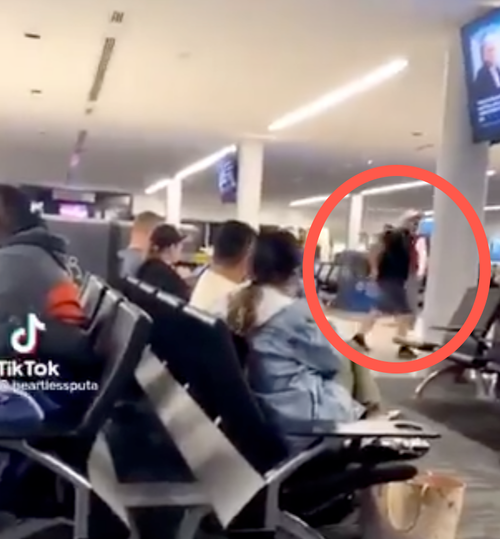 The unidentified man, yelling at an unknown airport about being kicked off a plane because he was labeled a “terrorist.”

In the video, the man could be heard saying, “They kicked me off the plane – they called me a f**king terrorist.”

People who broke into the Capitol Wednesday are now learning they are on No-Fly lists pending the full investigation. They are not happy about this. pic.twitter.com/5GfHo1eVU8

We should remind readers the video has yet to be confirmed.

Just How Big Is China’s Property Sector, And Two Key Questions On Policy And Tail Risks