Update: in what may have been the most anticipated notice of today’s Lagarde presser, the ECB president announced that staff inflation forecasts were revised sharply higher with 2021 Inflation now expected to rise 1.5% vs just 1.0% in December. This would be the highest annual inflation in the Eurozone in years. And while 2022 is expected to move modestly higher, the 2023 inflation forecast remains unchanged at just 1.4.% 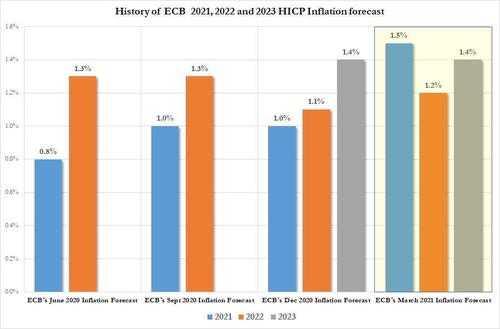 ECB President Christine Lagarde surprised markets with a more dovish than expected promise to accelerate the pace of its bond buying over the next three months in response to the eurozone’s rising borrowing costs and faltering economic recovery.

As Bloomberg’s Carolynn Look notes, it’s unclear so far what the “significantly higher pace” of PEPP purchases will look like. “Net buying has come in at around 12 billion euros for the last two weeks, compared with an average of 18 billion euros per week since the program was launched last March. What the statement does show is that the Governing Council is uncomfortable with the yield levels it sees today. But it’s hard to say what levels the ECB would be comfortable with.”

Hopefully we will learn more in the next few minutes, although it bears noting that we are back to square one, where the ECB just adds more of the same thing that hasn’t been working… and now that it is finally working, adding even more more of the same thing to offset the consequences of the inflation.  Ok, explain away Christine… 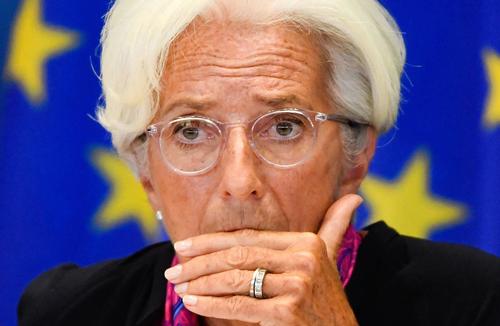 American Airlines Expands Use Of “Immunity Passports” On International Flights