The last step in a US presidential election is when congress meets in a joint session on January 6 to count the Electoral College votes which have been certified and sealed by each state, and officially declare a winner. 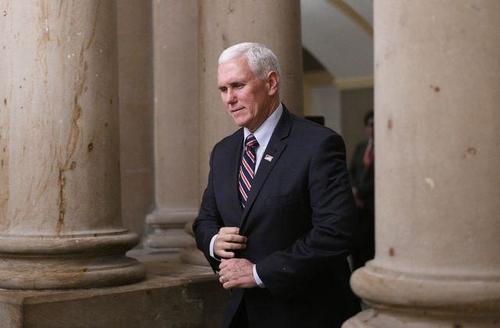 While most elections have included objectors from the losing party, this time will be a little different – as over 90 GOP lawmakers (77 Representatives and 13 Senators) have pledged to object to the election – even if it doesn’t change the outcome.

“I’m hoping that the American people get to hear just a small amount of evidence,” said Rep. Marjorie Taylor Greene (R-GA) in a Tuesday statement to the Epoch Times.

Here’s how the process for handling objections will work: Of both a House member and a Senator lodge their objection in writing, the joint session will go to recess, while the House and Senate meet separately to debate for up to two hours. Members will be allowed to speak for five minutes each, after which both chambers will vote. For an objection to succeed it needs to achieve a simple majority in both chambers.

House Speaker Nancy Pelosi, D-Calif., will preside over any House debate and has tapped Democratic Reps. Adam Schiff, Calif., Zoe Lofgren, Calif., Jamie Raskin, Md., and Joe Neguse, Colo., to lead any responses to GOP objections. But other Democrats from states Republicans are focused on are expected to also speak out against the effort as well. –NPR

Meanwhile, theories have been flying over what Vice President Mike Pence may or may not ‘do’ to overturn the results of the November election based on widespread allegations of fraud, and several last-minute procedural changes which Republicans say opened the door for manipulation.

On Tuesday – following a report in the New York Times that Pence allegedly told Trump he has no power to change the election results, President Trump issued a sharp rebuke – calling the report “fake news.”

“The New York Times report regarding comments Vice President Pence supposedly made to me today is fake news. He never said that. The Vice President and I are in total agreement that the Vice President has the power to act,” Trump said in a statement, before listing several options he says Pence has under the constitution: “He can decertify the results or send them back to the states for change and certification. He can also decertify the illegal and corrupt results and send them to the House of Representatives for one vote for one state tabulation.”

NPR pours cold water on the ‘Patriot Pence’ theory, however, after ‘an administration official who was not authorized to speak on the record’ said that “The VP intends to follow the law and uphold the Constitution tomorrow,” adding that Pence – a lawyer by training – has prepared for the joint session by meeting with the Senate parliamentarian, and has been reading legal opinions and studying the Constitution.

Here is the full list of planned objectors via the Epoch Times: