On January 19 evening, a major explosion targeted oil tankers at the Syrian Company for Transporting Crude Oil in Homs province in mysterious circumstances. 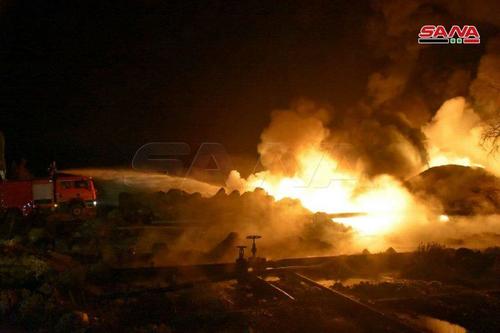 The explosion reportedly took place inside the company area, while tankers with crude oil were being emptied.

The explosion caused fire that extended over a large area. However, Syrian sources did not report any casualties.

Minister of Petroleum and Mineral Resources Bassam Touma told Syrian state-run news agency SANA that the losses were limited to material only.

In 2020, ISIS terrorists carried out several attacks on the oil pipelines and infrastructure in central Syria. The January 19 incident may also have been caused by a kind of sabotage.

The Boot Is Coming Down Hard And Fast