Despite the weather and disappointing labor market data, existing home sales jumped 0.6% MoM in January (far better than the 2.4% drop expected) to an annualized 6.69 million, after a downwardly revised 6.65 million in December. 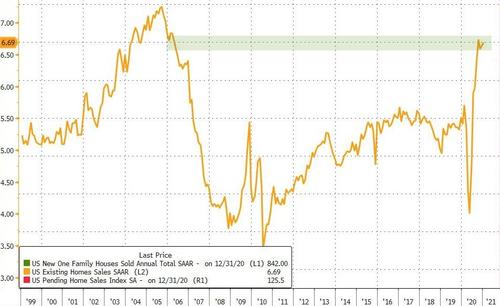 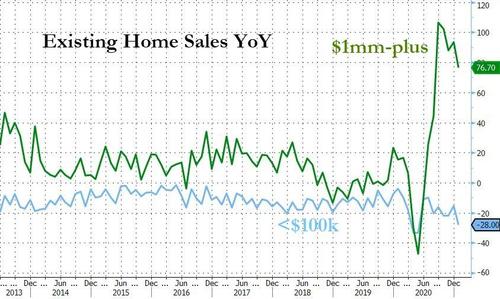 There were a record-low 1.04 million homes for sale last month, down 25.7% from a year earlier.

“We have to get more inventory,” Lawrence Yun, NAR’s chief economist, said on a call with reporters.

“Sales could be even higher,” if more homes were put on the market, he said.

Rather shockingly, properties remained on the market for just 21 days in January, compared with 43 days in the same month last year.

As a reminder, while home-construction declined in January for the first time in five months, permits to build single-family houses rose at the fastest pace since 2006.