We Sold Our Souls To The “Science”

Authored by Raul Ilargi Meijer via The Automatic Earth blog,

…the big problem in my view that we face these days is that our media have become one-dimensional, the exact opposite of what they should be. This became clear through the Trump era, and the incessant hammering of one actor vs the deafening silence about all others in the same theater and on the same stage.

And we see that again today: try, if you can, to find in the MSM a critical opinion about lockdowns, or facemasks, or about the newly-fangled vaccines. It’s very hard if not impossible. This one-dimensionality hides behind “the science”. Which is something that doesn’t really exist, as we know because scientists in different countries contradict each other, as do those in the same country, and scientists even often contradict themselves. 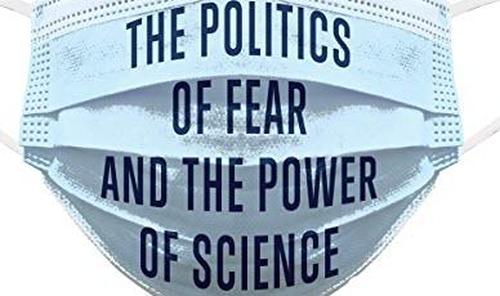 If you want people to “follow the science”, you need to convince them that this is the right thing to do. You can’t just force them to do it. Or, rather, you can try that for a short period of time, and then they will come after you. People don’t live their lives in one dimension; they can’t.

Are facemasks useful? Sure, in crowded indoor spaces. But outdoors? I have yet to see the first evidence of that, and I do read an awful lot. Let’s inject some nuance here: if there is a risk of 1 in 100,000 that someone gets infected outdoors, it that worth forcing 99,999 people to put facemasks on? Or would you rather ask them to wear those where it demonstrably matters?

Are lockdowns useful? Sure, but they can only ever be emergency measures, short and “sweet”. Because they risk destroying entire economies and societies. Lockdowns should only be used when there are no other measures available anymore.

But we haven’t exhausted the scope of all other measures, not at all. There are no governments promoting the large scale use of vitamin D, or the proper use of hydroxychloroquine, and Chris Martenson even sees his videos about ivermectin banned from YouTube. As all three substances show great promise in preventing infections, and/or limiting the consequences of being infected.

We’ve been reduced to one-dimensional lives. By now, politicians and “scientists” would rather see everyone be infected, and then “cured” by a vaccine, than not get infected in the first place. In one dimension, the world easily gets turned upside down. You just wouldn’t be able to see it, because you need three dimensions to recognize what “upside down” looks like.

The Pfizer and Moderna mRNA vaccines may work very well, but we don’t know, because we haven’t researched that. Which, if you want to “follow the science”, is a very strange thing to do. Of course we would all like the virus to be gone, but ignoring the science doesn’t look like the way to achieve that. And that’s what we’re doing: we’re not following the science, we’re ignoring it where that fits our purposes.

We don’t know if the Pfizer vaccine protects you from being infected, we don’t know if it keeps you from infecting others, but we do know governments and airlines are talking about requiring evidence that you’ve received a dose. But for what purpose, then, exactly? Just to let all the MPs and CEOs people claim they did what they could?

‘Too’ many people have lost their jobs and their businesses without any country seriously having tried to stop people from becoming infected through the use of vit. D, HCQ, ivermectin. Many of these jobs and businesses will never come back. Is this worth it? Maybe if we could say we tried everything we could, but we obviously haven’t.

We sold our souls to the “science” and then to the vaccine. Which are two very very different things.

If there’s ever been a time to ask questions, it must be now. About lockdowns, facemasks and viruses, about people, communities, societies, economies. That we are being pressured into not asking those questions, makes them even more necessary.

Anyway, those are all issues and questions that will need to be addressed in 2021, we’ve run out of 2020 time. It’s just that it wouldn’t have been necessary; we could easily have done much if not most of it this year. But we have become information-poor, and by design to boot.

We try to run the Automatic Earth on donations. Since ad revenue has collapsed, you are now not just a reader, but an integral part of the process that builds this site. Thank you for your support.