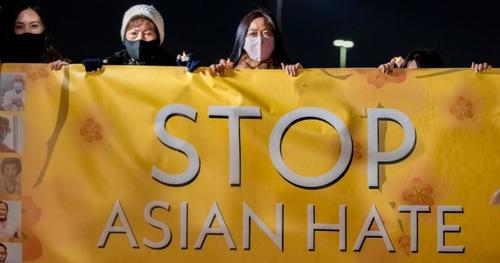 Since the killing of six Asian women who worked in massage parlors in Atlanta, the media has amplified the false narrative that “white supremacy” is to blame.

They hyped this explanation despite the fact that the attack had nothing whatsoever to do with race and despite two white women also being killed during the shooting.

Despite admitting the attack had no racial motive, CNN still blamed it on “white nationalism and domestic extremism” in an article titled ‘White supremacy and hate are haunting Asian Americans’.

However, official crime stats show that white people are significantly underrepresented in terms of the violent crime threat they pose to Asians.

As the Washington Examiner highlights, citing FBI statistics, whereas whites comprise 62% of the population, they committed 24% of crimes against Asians in 2018.

In comparison, blacks, who comprise 13% of the population, committed 27.5% of all violent crimes against Asian Americans in 2018.

So clearly, white people do not represent the biggest crime threat to Asian Americans.

The figures once again underscore how the media has contrived another hysterical moral panic in order to bolster what can no longer be seen as anything other than institutional racism and hatred towards white people.