Where Did All The Lincoln Project’s Money Go?

The Lincoln Project has had a rough couple of weeks.

One of its co-founders, John Weaver, was accused of sexual harassment of young men and the Project attacked him as a sexual predator. As co-founders like George Conway denied any real familiarity or interaction with Weaver, others accused of the Project of turning a blind eye to his conduct.

Then one of its other co-founders, Jennifer Horn, resigned in protest only to be attacked by other Project members as allegedly trying to get more money out of the organization.

Now, the Lincoln Project is having serious questions raised over its compensation for co-founders and an accounting for tens of millions of dollars that may have gone to them or their own firms. 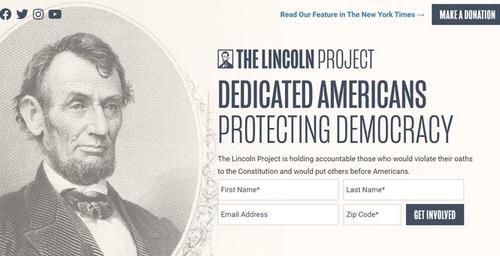 As we recently discussed, Rep. Alexandria Ocasio-Cortez (D-NY) called for liberals to start to assemble enemy lists of people who were “complicit” in the Trump Administration and the first entry was . . . you guessed it … founders the Lincoln Project. When asked about AOC’s call for a black list, Sanders surrogate Nomiki Konst noted that the first on the list would be people like the former Republicans in the Lincoln Project. She said that those people like George Conway are the “perfect examples” of people to be cancelled.  They were accused of banking millions as former Republicans against Trump.

The latest controversy comes after an Associated Press story that the Project was able to raise over $90 million but only spent a third of that ($27 million) on advertisements during the 2020 campaign. The AP noted:

“That leaves tens of millions of dollars that went toward expenses like production costs, overhead – and exorbitant consulting fees collected by members of the group.”

It also suggested that the Project was using tactics to hide the money trial and spending decisions. Reporters Steve Peoples and Brian Slodysko said that:

I have been critical of some of the Lincoln Project commercials and advertisements. However, my main objection was its role in harassing and even doxxing lawyers who represented the Trump campaign or the Republican party. That effort was funded by thousands of lawyers as well as Democratic donors.

At first, I thought the Lincoln Project could serve a useful role in establishing a Republican opposition base to Trump and add greater diversity in the party. Instead, it adopted increasingly juvenile and vicious ads that seemed to pander to the lowest common denominator in politics.  This week the Lincoln Project ad features a chicken and taunts Trump for declining to testify despite the fact that presidents traditionally have not testified and such a decision should not be treated as evidence of guilt.  Yet, such commercials play well to donors and bring in more money. The question is whether the windfall of money was the byproduct or the purpose of the Project’s founding.

The AP story suggests that the Project has used accounting systems that make it difficult to track payments. The Project can easily make this all transparent. While no one is going to run ads showing the founders juxtaposed with chickens, a few donors may want to know if the founders enriched themselves and their firms as part of the 2020 campaign.

After all, as Lincoln himself said, “you cannot escape the responsibility of tomorrow by evading it today.”

POLL: Most say the March 2020 COVID lockdown did not work

Bezos’ Blue Origin To NASA: We’ll Pay To Build You A Lunar-Lander