WHO Concludes That Coronavirus “Came From Animal,” Not Wuhan Lab

Just two days after WaPo said it was “plausible” and “must be investigated”, and less than week after finally getting access to Wuhan’s high security virus lab (for the first time in over a year), WHO investigators have reported preliminary findings that the COVID virus came from animals, confirming China’s heavily promoted narrative and dismissing the likelihood of any leak from the lab in close proximity (a lab that is coincidentally designed to examine the world’s most dangerous pathogens and is led by virologist Shi Zhengli, known as China’s “Batwoman,” for her extensive work on bat-borne coronaviruses). 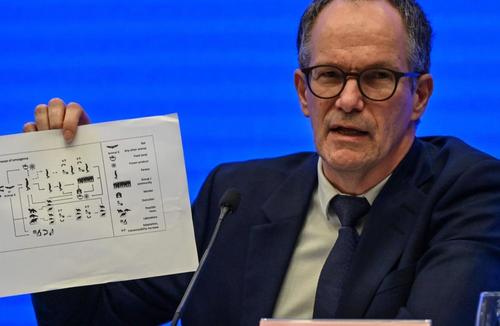 In what we estimate is the fastest investigation and findings report of any global organization ever, AP reports that WHO food safety and animal diseases expert Peter Ben Embarek made the assessment in a summation Tuesday of a WHO team’s investigation into the possible origins of the coronavirus in the central Chinese city of Wuhan, where the first cases were discovered in December 2019.

“Our initial findings suggest that the introduction through an intermediary host species is the most likely pathway and one that will require more studies and more specific, targeted research,”

“Did we change dramatically the picture we had beforehand? I don’t think so,”

“Did we improve our understanding? Did we add details to that picture? Absolutely.”

As a reminder, China has strongly denied the possibility of a leak from the lab and has promoted unproven theories that the virus may have originated elsewhere before being brought to Wuhan, including possibly on imported frozen food packaging.

The visit by the WHO team took months to negotiate after China only agreed to it amid massive international pressure at the World Health Assembly meeting last May, and Beijing has continued to deny calls for a strictly independent investigation.

Chinese authorities have kept a tight hold on information about the possible causes of the pandemic that has now sickened more than 105 million people and killed more than 2.2 million worldwide .

Perhaps most stunningly, Facebook has already updated its “False Claims About COVID-19” policies:

Today, following consultations with leading health organizations, including the World Health Organization (WHO), we are expanding the list of false claims we will remove to include additional debunked claims about the coronavirus and vaccines. This includes claims such as:

So, people of the earth, do not (publicly) question these findings from WHO. It was a bat (or another species) that started the global pandemic that shut the world’s economy.

Up until now, the Biden administration has been quiet about criticizing China about the origins of the virus but has stated a “robust and clear” investigation is needed.

Antony Blinken, US secretary of state, told MSNBC that China is “falling far short of the mark” in granting access to the international community. “That lack of transparency, that lack of being forthcoming, is a profound problem, and it’s one that continues,” he said.

According to AP News, the WHO team visited the lab and spoke with officials for three hours… sounds like a full and thorough investigation to us.

Overconfidence Meets Impatience To Set Up The Crash Of 2021