In a statement released following a virtual briefing on Monday, the WHO’s Emergency Committee on international health standards officially recommended that governments avoid making vaccine passports mandatory, a trend that is already catching on in the UK.

Specifically, the committee advised governments “do not require proof of vaccination as a condition of entry, given the limited (although growing) evidence about the performance of vaccines in reducing transmission and the persistent inequity in the global vaccine distribution. States Parties are strongly encouraged to acknowledge the potential for requirements of proof of vaccination to deepen inequities and promote differential freedom of movement.” 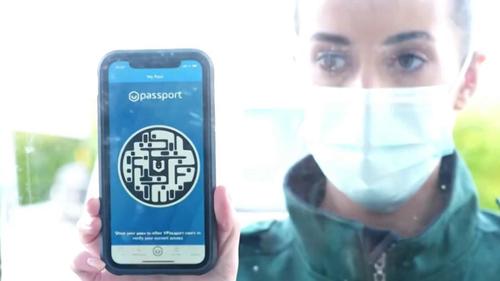 To justify this position, the WHO cited both limited data on vaccine effectiveness in reducing transmission, along with the deep inequalities in availability that the WHO has long complained about, while at the same time enabling the man is perhaps, more than anybody, responsible for the fact that poor nations will likely wait years for adequate vaccine supplies.

As we have reported, this man’s name is Bill Gates.

Incidentally, the Committee also exhorted governments to do whatever they could to support Covax, the WHO-sponsored and Gates-designed program to supply enough jabs to vaccinate the populations of more than 130 countries. However, the program hasn’t managed to allocate nearly enough vaccines, and many poorer nations – beyond the 92 officially eligible for aid via Covax – have no idea where vaccine supplies will come from, sine the choice to respect patent law has created massive international supply bottlenecks. Instead of allowing an “open vaccine” that could be produced anywhere, emerging markets must compete for jabs on the free market.

After telling governments to try to keep quarantine restrictions for travelers within the bounds of common sense, the WHO added that governments should also work to “Reduce the financial burden on international travelers” whenever possible while enforcing quarantine measures.

Meanwhile, over in the US, CDC Director Dr. Walensky, whose fearmongering has launched her to front-page coverage in the past, warned that COVID cases have continued to climb even as vaccination numbers have risen, a reality that hasn’t escaped millions of Americans, who are walking on with their masks on as if nothing has changed.

The Cult Of Cathie Wood