“Supreme excellence consists of breaking the enemy’s resistance without fighting”

Two linked themes this morning – what about the little people? Most mornings I write about market macro and micro themes, but occasionally things happen that may just be a turning point. Two things to think about today: Big Tech and Retail Investors.

United they stand, divided they fall

The first big question this morning: what do the very different actions/responses by Facebook and Google to Australian legislation re Big Tech and publishing rights ultimately mean? Around the globe concerned governments are trying to rein in the power of Big Tech, but this week we’ve seen the opening skirmishes of what could be become a global tech war. 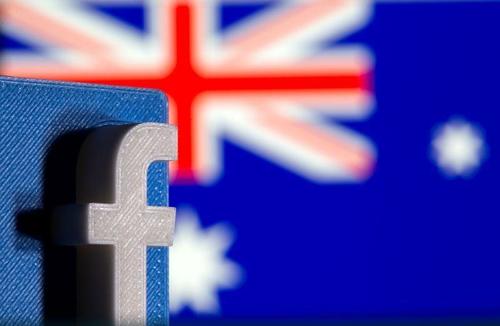 First round went to Government and Media.

It all happened Down-Under: Google backed away from fighting the new Oz rules, and settled after coming to suspiciously chummy terms with Murdoch’s News Corp and others. Earlier this week Google’s head of country basically threatened to shut down Google in Oz. She got a storm of contempt from parliament. Ozzie politicians were furious: how dare a big tech firm lecture a nation on what its laws should be. Just a few days later, Google does a deal (by all accounts a huge one) with the Dirty Digger.

In contrast, Facebook has followed through on a threat to effectively close Australian media posting anything, anywhere on the planet. The result was Australia, from weather reports to traffic news, ceased to exist in Facebook’s digital world. In response to the Facebook shut off, Oz Premier Scott Morrison said: “These actions will only confirm the concerns that an increasing number of countries are expressing about the behaviour of big tech companies who think they are bigger than governments and the rules should not apply to them.”

The first winner is Murdoch – getting a “substantial” payment from Google to carry its content (which includes much of Western Media from The Thunderer, the WSJ and NYT, and of course, the Sun). It should be positive across global media content providers – they just found a way to solve their monetisation issues.

For the last 20-years global media has struggled to adapt and monetise their brands in the internet age. Comment and News is a very busy space – but where all news was free, then the public proved reluctant to splash out subscriptions for news. Newsrooms have been dying – pushed back from proper investigative reporting by the imperative of articles being targeted and written to top the search engines in the hope of some ad revenue.

The unravelling of the economics of news reporting, and declining respect for good writing and quality journalism has driven the rise of fake-news on social media. When all media is free, then it’s all equally valueless.

The Big Challenge for Governments and Big Tech is how to stem the flow of fake news, and the distortions it creates. How do governments and big tech police internet content without compromising free speech? Google has gone down the route of rewarding content from respected commentators by paying them for content – which raises the second issue of which media is respected and honest? How will governments, and the likely big tech regulators define which media should be paid by Big Tech and which should not? (Google’s Showcase and Apple News may be ways forward – by allow Big Tech to choose media partners, does it effectively make big tech responsible for policing them?)

(For instance: How would you treat the Morning Porridge? Should Google pay me everytime someone opens my articles on their engine, or should I charge everyone a subscription and pay Google to favour my content? If Google are paying me, what do they do if I post fake news? Or do they edit me to stop my saying factual but damaging things about firms paying them ad revenues?)

Google is probably a winner – a tactical retreat on paying media in Oz for a strategic win in terms of future relationships. It will have to pay News Corp and the rest, but it can afford to. Google already has over 500 publications signed up to its Showcase platform – where google users get paid-for content for free. It will also shake Murdoch’s media empire and its governmental connections off its back, while acknowledging the reality having to reach a series of accommodations with governments and media around the World.

The big loser would seem to be Facebook – which now faces a face-off with just about everyone; from Governments that will demand compliance and users who wanted access to content. Facebook’s comments about the new Australian law “misunderstanding” the relationship between their platform and news publishers sounded like a Tech firm telling a State how to behave.

Facebook’s decision to fight government looks a strategic blunder. While Big Tech has broken ranks – I suspect most governments will see that as weakness and rally round the Australians.

RobinHood seems singularly ill-named for a company that promised the masses the riches of Wall Street. It’s made the Street very rich indeed. Yesterday’s testimony to the US Financial Services Committee was fascinating. There was a touch of Inspector Renaud in Casablanca shutting down Rick’s casino for gambling when RobinHood’s Vlad Tenev said “We don’t answer to hedge funds, we serve the millions of small investors who use our platform every day to invest”. 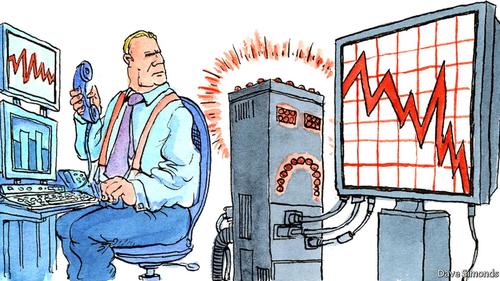 The market remains what is always has been – seriously loaded against the unprepared retail investor. They are furious with RobinHood. Congressmen channelled that mood y’day with left and right tearing into the trading app – missing the real questions about how to avoid retail investors being seriously manipulated by apps that have turned the market into a game.

As GameStop reached the top and tumbled, retail investors cried foul as RobinHood and other sites suddenly stopped them trading. RobinHood found it had to pay $3 bln in additional margin calls to the clearing houses. It had to raise new capital to cover its positions as the DTCC closed in on its operations. Retail investors found themselves trapped in illiquid positions.

The lesson? There is no such thing as a free trading app.

Firms like RobinHood make their money selling their orders to large firms like Citadel Securities to execute its’ stock and option orders. Interestingly, Citadel was also the firm that bailed out the Hedge Fund, Melvin Capital, after Gamestop shorts nearly sunk it. Some estimates suggest that 27% of US Stock market order flow now goes through Citadel, and 46% of retail volume. It made $1 bln in Q4 2020 from its execution platform.

The Madness of GameStop illustrates the danger of gamifying stock investments and the way Wall Street works. Zero commission sites have made millions for their operators, but they exist to channel orders to firms like Citadel – which has made billions in effectively risk free profits, by executing retail orders. It encouraged the retail boom by allowing RobinHood and others to offer commission free trading apps to unprepared retail investors.

Who goes to jail? No one I expect..