Via The Strategic Culture Foundation,

Under President Erdogan Turkey is being reconfigured from a secular republic to a resurgent neo-Ottoman state, reinforced with a strong religious identity.

Turkey is playing an increasingly prominent role in regional affairs not refraining from direct military involvement and setting up military bases across the region.

It is also known to support such radical Islamist groups as Muslim Brotherhood, which led to a rift with Egypt and alignment with Qatar.

In addition, Turkey challenges both its NATO allies, like the United States, France or Germany, and strategic partners, such as Russia. 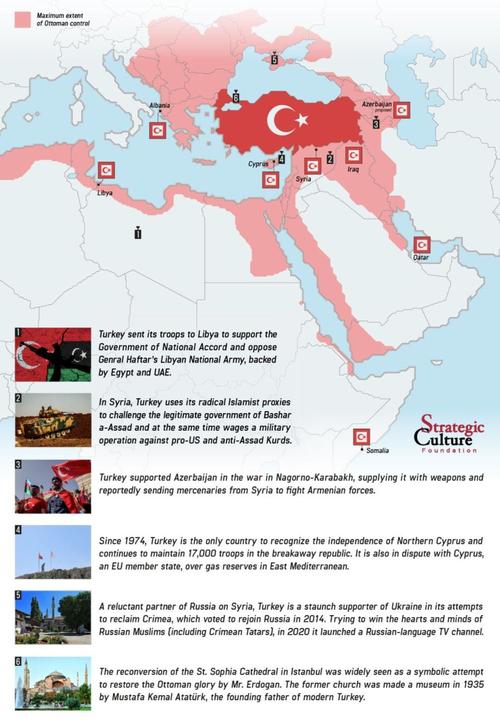 Will Turkey reassert itself as a great power restoring its former glory or will imperial overstretch ruin Mr. Erdogan’s project?

Abp. Viganò: We’re Witnessing ‘General Rehearsal for the Establishment of the Kingdom of the Antichrist’

EXCLUSIVE: FBI Director Christopher Wray Has Been Hiding His Connections to a Russian Energy Company Likely Connected to Uranium One