For a couple of years, Norway has floated the idea of an underground tunnel for ships, spanning over 5,000 feet under the Norwegian mountains, which will be the first of its kind, according to CNN.

The Norwegian Coastal Administration has given the Stad Ship Tunnel the ‘green light.’ The project is expected to cost $330 million and take around four years to construct, with construction scheduled to begin in 2022. 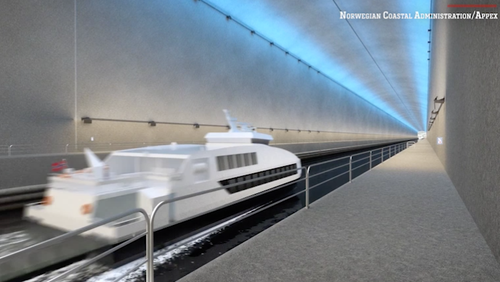 “It’s a project that has been planned for decades. So it’s very pleasant to finally be able to start the construction work in one year,” temporary project manager Terje Andreassen from the Norwegian Coastal Administration told CNN Travel. 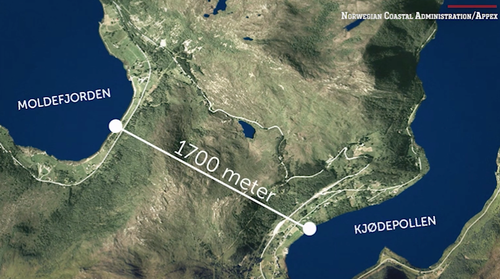 “The coastline outside that peninsula is the most stormy area in Norway, with the hurricanes,” Andreassen said. “You get a lot of strange currents here.”

“The tunnel will make the ship’s journeys safer and smoother, which could lead to a high-speed ferry service,” he said, and strengthen the region’s industrial and commercial activities.

“It will be connected better, and it will be easier to travel,” he added.

Traffic through the Stad Ship Tunnel will likely be directed by a traffic control center, sort of like an airport – to avoid congestions and accidents.

Norway has been on the cutting edge of navigation and seafaring for centuries, even dating back to the Vikings’ time. Now the Scandinavian country will construct the world’s first underground tunnel for vessels.

The NHS just changed how they count Covid “cases”…here’s why.

DataTrek: What We Learned This Year