Authored by Mac Slavo via SHTFPlan.com,

Prepare for the mainstream media’s onslaught and push for the vaccine propaganda. The United Kingdom’s new COVID-19 variant has mutated yet again, say the medical tyrants. 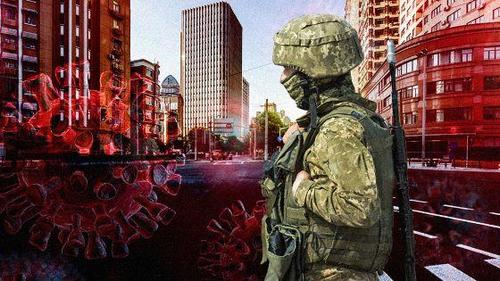 Tests on some samples show a mutation, called E484K, already seen in the South Africa and Brazil variants that are of concern, according to a report by the BBC.  Although this change may reduce vaccine effectiveness, the current ones in use should still work, say “experts.” Although this is an obvious ploy to gin up the fear and convince people to roll up their sleeves and take this vaccine, many are concerned.

As I pondered yesterday, what will they (the ruling class) blame the vaccine deaths on:

Here’s a question: how likely is it that the ruling class blames these deaths on COVID-21?

With the constant news of new “mutations” of the coronavirus designed to panic the already fearful masses into getting a vaccine that’s been horrifically damaging people and even killing them, we’d say this is likely. I hope I’m wrong, but not enough of the public has figured this out yet.

There has been a plan to introduce the COVID-21 strain as a more deadly and virulent mutation of COVID-19 in order to further enslave humanity.  We all need to keep an eye on what they are doing and under what pretexts. This doesn’t feel like it’ll end without at least some kind of oppressive reaction the “order followers” will attempt to force on the public.

It’s not unexpected that variants are appearing or that they will continue to change – all viruses mutate as they make new copies of themselves to spread and thrive.

Dr. Julian Tang, a virus expert at the University of Leicester, described the finding as “a worrying development, though not entirely unexpected”. –BBC

There is no more “totalitarian tiptoe.” Those pushing humanity’s enslavement know exactly what they are doing. Tang said it was important that people follow the lockdown rules and get cases of coronavirus down to prevent opportunities for the virus to mutate further. So obey your master, and listen to those who claim the right to own you.

“Otherwise not only can the virus continue to spread, it can also evolve.”

It’s important to keep an eye on what mainstream media is pushing.  There’s always a reason it always comes back to controlling you through some kind of propaganda designed to get you to give up your basic human rights in exchange for nonexistent security.

Stay alert and aware.  It’s hard to say how much longer we’ll be bombarded with the news reports of “mutant strains” until we are either under lockdown again involuntarily, or people willingly kneel to their masters and submit to their enslavement.  One way or another, those who think they own us will push this as far as they can. It’s now up to us.