Authored by Bryan Preston via PJMedia.com,

Did you know that St. Patrick wasn’t Irish?

He also wasn’t, technically, a saint. He wasn’t officially canonized because he lived and died before the Catholic Church had laid out the system for doing that.

This isn’t an episode of the insufferable Adam Ruins Everything. He does, by the way. Don’t watch that show.

I’m not here to ruin anything, just to unpack some things. Let’s just assume he’s a saint, as he deserves it. 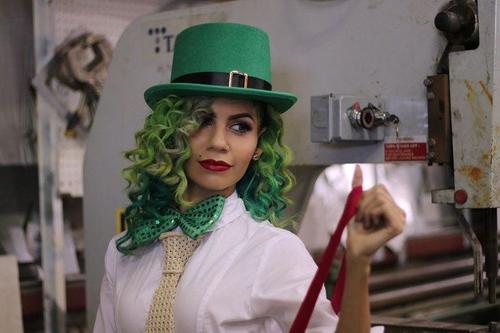 Patrick was born (maybe given the name Maewyn) in 5th-century Britain. Or maybe Scotland or Wales.

Anyway, he’s not Irish, and not even Patrick. Let’s say he’s British just for the sake of the story.

He first goes to Ireland not by choice, but by force.

Some Irish capture Maewyn and whisk him away as a slave.

That disrupts current woke and New York Times narratives by many centuries.

The British slave Maewyn in Ireland dreams of running away, as would most if not all forced laborers, and also grows deeply in his Christian faith.

Eventually, he does escape. He also nearly starves to death and suffers a second brief spell as a slave. But he gets back home, where he’s reunited with his family. By some accounts, he goes to France to study for a while. Maybe he’s finding himself. Whatever he’s doing, France is in the opposite direction from Ireland.

Most people would’ve been content to never set foot in Ireland again. Who would blame him? But he wasn’t most people.

His faith deepens and he obtains some education. He has a dream in which someone called Victorius hands him a letter suggesting he go back to Ireland, and during the dream, he hears Irish voices calling to him.

After some understandable hesitation — he’d been a slave there, and because Ireland was still pagan Christians faced the possibility of martyrdom there still — he decides to heed the call and go. It’s a brave call. He’s now a British Christian missionary in pagan Ireland, where apparently there were snakes at the time. He changes his name from Maewyn to Patrick, which seems to have been a good idea. You never hear the name “Maewyn” now but Patricks are everywhere.

Patrick is responsible for Ireland’s conversion to Christianity and he contributes to the world’s literature with a couple of books. He’s a saint because of the missionary work, and the Irish accept him as one of their own ever since. He’s pretty much Ireland’s mascot, even credited for driving all the snakes out of the entire country. We could use that skillset in Texas.

But in the woke world of the 21st century, none of that matters.

Patrick’s good works don’t matter, his enslavement doesn’t matter, none of that matters. Being human is no longer allowed and accomplishments no longer count. The good you did will not live after you, but the bad, well, that will be used to topple your statue if you ever get one.

What matters is that he’s British, or at least not Irish, and St. Patrick’s Day is Irish to the bone. It’s an Irish cultural tradition, albeit celebrated mostly in America.

For a British man to celebrate an Irish religious and cultural holiday — isn’t that cultural appropriation?

You see why we should just treat the woke-a-trons who yammer about cultural appropriation for the scolding, narrow-minded, maniacal, script-citing, killjoys they are?

Beer isn’t Irish. Archeologists have found evidence of beer-making in ancient Egypt. The pharaohs and their brewmasters supposedly perfected it as the drink of the gods. Many Irish and non-Irish will unwittingly culturally appropriate the pharaohs and Patrick together on American streets in cities with names like Los Angeles, Tucson, and Gun Barrel City.

I’m not Irish but I’ll probably celebrate St. Patrick’s Day heartily with some corned beef, and maybe some sushi too. I’ll wash it all down with a green margarita.