Ten tankers carrying 13 million barrels of crude could be affected after a container ship that ran aground in the Suez Canal blocked vessels passing through the waterway, oil analytics firm Vortexa said on Wednesday.

The approximate rate of backlog is about 50 vessels a day and any delays leading to re-routings will add 15 days to a Middle East to Europe voyage, Vortexa added. 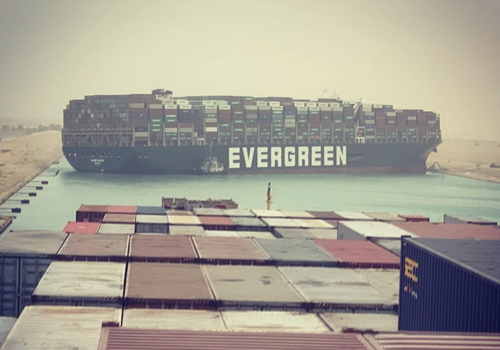 For now, all eyes are on US crude stocks as analysts expect a draw. 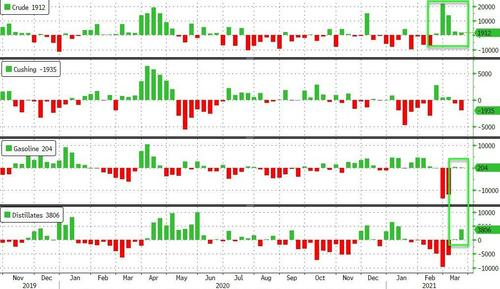 Total crude stocks are back near their highest since August… 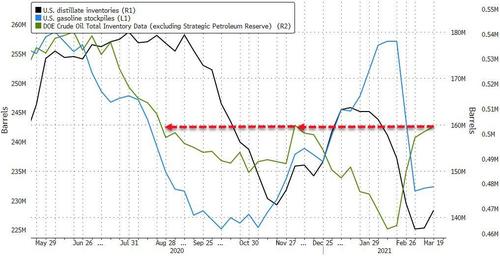 While US rig counts have risen steadily, crude production remains “disciplined” for now amid higher prices… 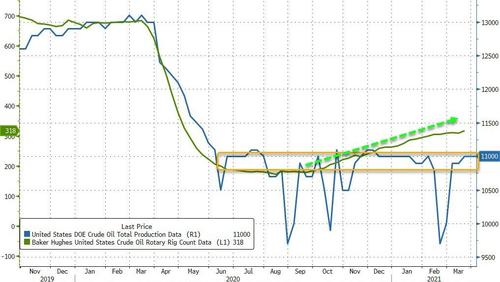 WTI was hovering between $59.50 and $60 ahead of the official data and dipped lower after… 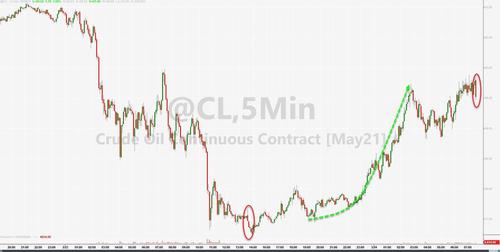 Finally, we note that overseas buying isn’t expected to recover any time soon. China, the largest customer for U.S. oil, slowed its intake after purchasing heavily in recent months. Local producers are also competing with traders that have amassed large quantities in storage across the world and are looking to offload their supplies since it doesn’t pay now to store oil and sell in the future.

Either The US Leads On Crypto, Or China Will

70.87 Billion Reasons Why The Retail Brokers Just Betrayed Their Customers