“When it comes to lifting market sentiment, there is very little that can rival an upgrade to the post-COVID economic recovery,” said Stephen Brennock of broker PVM.

We suspect the effects of the storm driven demand and production issues will remain in this week’s data.

After last week’s chaotic swings in inventories (and API’s overnight), with crude stocks rising by the most on record, this week is expected to see some normalization. It didn’t… crude stocks soared as product stocks plunged once again… 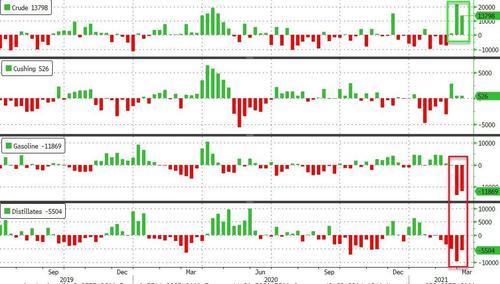 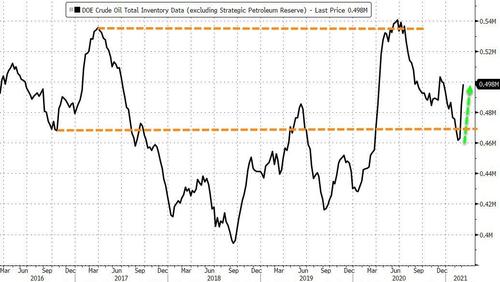 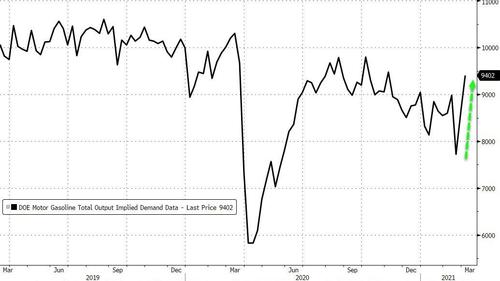 While higher prices are expected to bring more U.S. supplies back online, US crude production has merely rebounded to pre-storm levels… 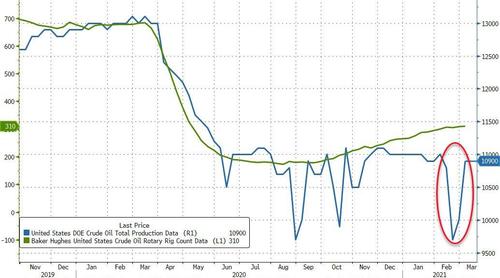 WTI puked briefly this morning amid headline on Russian production but that was panic-bid right back up on clarifications. But prices were tumbling ahead of the official inventory data then reversed after the print – preumably on the gasoline draw?! 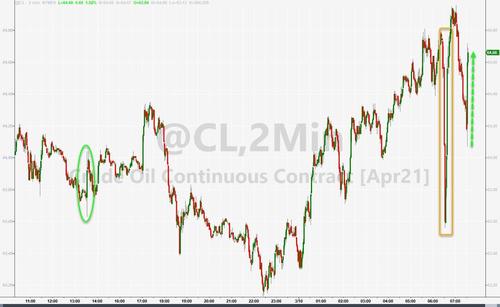 “In our view, the March 4 OPEC+ meeting has not just left the door to higher prices open, it has taken that door off its hinges and chopped it up for firewood,” Standard Chartered said in a note.

All of which suggests $3.000 gas at the pump is imminent…

And that won’t do anything to help gasoline demand as motorists’ pocketbooks get stretched.

Not ‘The Onion’! Nancy Pelosi Claims Border Situation Has Improved Under Biden