WTI Slips Back Below $56 After Smaller Than Expected Crude Draw

Oil prices extended their gains overnight, with WTI topping $56 for the first time in a year, as declines in U.S. (API last night) and Chinese crude stockpiles added impetus to a rally driven by tightening global supplies.

“The crude oil market is getting close to a frenzy,” said Bjarne Schieldrop, chief commodities analyst at SEB AB.

“A reflection of the tightening global crude oil market is the continued strengthening of the Brent crude oil curve.”

A big draw confirming API’s report could be enough to extend these gains even further.

Analysts expected yet another crude draw in the last week, following the prior week’s big drop (and API’s bigger than expected draw)., but were disappointed as crude stocks only fell 994k barrels (vs a whisper number of a huge 4.84mm drop)… 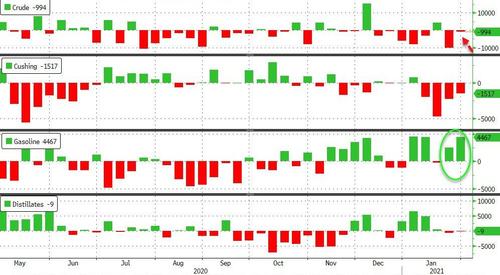 Whittling down stockpiles has been a major objective for OPEC and its allies. A committee of the alliance is scheduled to meet today to discuss the market as the pandemic continues to rage but more vaccines are being rolled out.

Stocks have tumbled, but as oil prices rise, drillers, especially the small ones, may be tempted to put their equipment out to resume producing. That may send stocks back up.

Gasoline demand (likely impacted by the storms that started last week) remains weak as BloombergNEF analyst Jade Patterson notes that “the number of people returning to work is still 20% to 40% below pre-pandemic levels, according to workplace mobility data from key U.S. states,and that continues to weigh on demand for transportation fuels.” 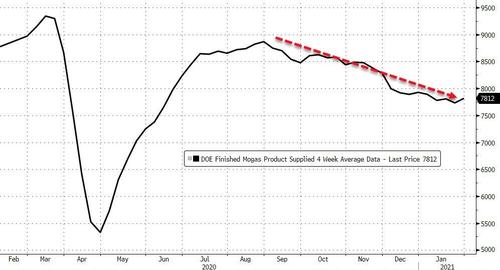 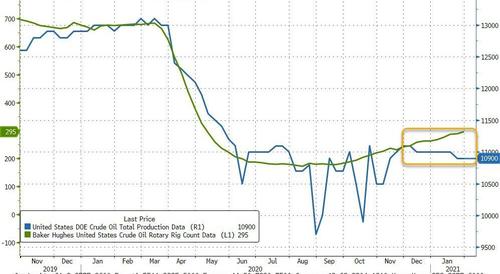 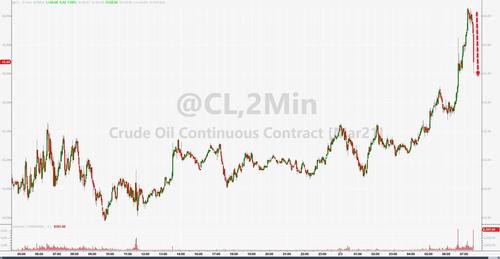 Prices further out along the futures curve are also climbing. WTI for next year also topped $50 a barrel on Wednesday to trade at the highest since February, and, as we noted above, it may incentivize producers to add more supply in the coming months (however, most shale operators reportedly plan to keep output flat in 2021 and pump any available capital into shareholder returns and debt reduction).

Why Conservatives Will Never Win the Culture War

Sam Zell Buys Gold To Hedge Against Surging Inflation, “Debasement” Of The Dollar