A Native American tribe called on the Biden administration to “immediately amend” a White House executive order “to provide an exception for energy permits and approvals on Indian lands.”

“The Ute Indian Tribe and other energy-producing tribes rely on energy development to fund our governments and provide services to our members,” the Ute Indian Tribe said in a letter to Acting Secretary of the Interior Scott de la Vega last week. “Your order is a direct attack on our economy, sovereignty, and our right to self-determination. Indian lands are not federal public lands.

“Any action on our lands and interests can only be taken after effective tribal consultation.”

One of Biden’s orders requires the agency to “conduct a review of the monument boundaries and conditions of the Grand Staircase-Escalante, Bears Ears, Northeast Canyons, and Seamounts Marine National Monuments” and will be done “in consultation with other agencies and Tribal governments, to determine whether restoration of the monument boundaries and conditions would be appropriate,” according to a statement from the Interior Department on Jan. 21,

The Epoch Times has reached out to the agency for comment. 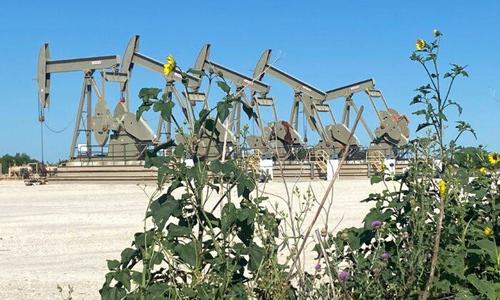 The Ute tribal lands produce about 45,000 barrels of crude oil per day in the Uintah Basin, along with about 900 million cubic feet per day of natural gas, according to a document the tribe filed with the Bureau of Indian Affairs in 2017, Reuters reported.

The tribe added that the order was issued “in violation [of] our government-to-government relationship,” as well as of previous federal directives about coordinating with Native American tribal governments.

The Jan. 20 executive order suspended the authority of Interior Department offices to issue new fossil fuel permits and leases—a move that could be a first step in delivering on Biden’s campaign promise to ban all new federal drilling permits.

“The Order does not impact existing ongoing operations under valid leases and does not preclude the issuance of leases, permits, and other authorizations by those specified. In addition, any actions necessary in the event of an incident that might pose a threat to human health, welfare, or safety will continue,” the Interior Department said in the statement.

Other Native American tribes—including the Mandan, Hidatsa, and Arikara Nation in North Dakota—are also big producers of oil and gas and might push back against the order.

Some GOP lawmakers, meanwhile, said the move to suspend oil and natural gas drilling will imperil tens of thousands of American jobs and raise energy prices for U.S. families.

Reuters contributed to this report.

What Does Agorism Look Like in Real Life? (Panel) #TheGreaterReset