Zoom Founder Transfers $6BN Stake Comprising 40% Of His Net Worth

Shares of Zoom exploded last year, alongside the companies’ revenues and profits, as its videoconferencing software became a critical remote-working tool for corporate and white collar workers worldwide during the pandemic. At their late-summer 2020 peak, Zoom shares were worth more than $500, quadruple their level from the days before the lockdowns began. 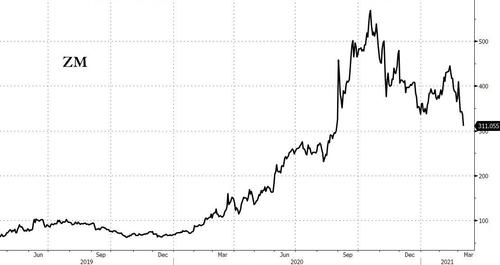 Now, after growing fabulously wealthy in the span of a few months as Zoom – a company he founded in 2011 – debuted on the public markets in late 2019 before exploding in value, founder Eric Yuan (who has become the world’s 122nd-richest man after seeing his net worth explode to nearly $16BN+) has apparently given away a huge chunk of his wealth, per WSJ.

According to securities filings, Yuan transferred 40% of his ownership in Zoom, worth some $6BN, in two transactions that masked the identity of the new owner or owners. The transactions, which were dated March 3 (and reported March 5), were from a trust controlled by Yuan and his wife. Two transactions were recorded, each involving about 9MM shares, for a total of 18MM shares. Previously, Yuan controlled 15% of Zoom’s stock, making him the largest shareholder, while he also controlled 40% of the company’s voting power. 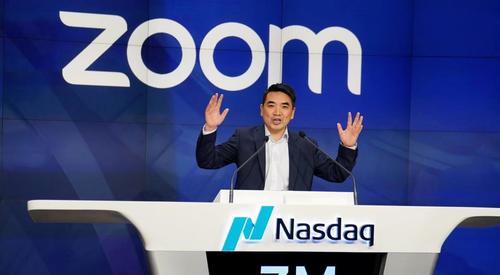 In a statement, a spokesman for Zoom said “the distributions were made in accordance with the terms of Eric Yuan and his wife’s trusts, and are consistent with the Yuans’s typical estate planning practices.”

However, the company didn’t say who now controls the shares, and Yuan and his wife didn’t respond to questions for comment.

Zoom posted blockbuster earnings last week and the company expects strong growth to continue despite the looming transition back to in-person work. While Zoom is headquartered in San Jose, the company has at times alarmed users, particularly after it emerged that the company was not above doing the bidding of the Chinese Communist Party by suppressing calls organized by activists in remembrance of the victims of the Tiananmen Square massacre during the anniversary last year.

Yuan, who was born in China, worked at Cisco as an engineer before leaving to start Zoom. And his close ties to his home country, and possible CCP involvement and penetration of Zoom, have stoked worries in some.

Given these nebulous ties to China, the opacity of the new ownership might make some uncomfortable. What if the recipient is found to be a family member of President Xi, or another high-ranking CCP official?

Why OpSec Has Never Been More Important